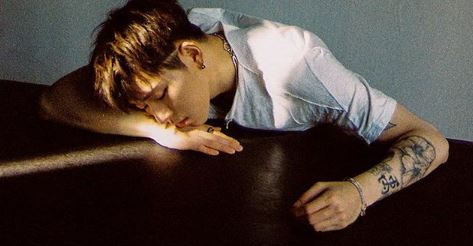 Zico is a ‘Daredevil’ in MV teaser

Zico continues to tease for his upcoming return. He has dropped a new teaser, as well as the MV teaser. So, check it out below!

In his latest teaser, we get to see a much closer shot of him. Despite the dark image, due to the natural light coming through, we get to see a side view of him. He looks amazing in this simple attire, catching him in the best way possible.

He has also dropped the tracklist for his upcoming album, ‘Thinking‘. There is a total of eleven tracks. Only the first five is revealed. The title tracks revealed includes ‘Daredevil‘ featuring JVCKI Wai and Yumdda, and ‘Human‘. Other tracks on this album include ‘No‘, ‘Drama‘ and ‘One Man Show‘ featuring Sik-K.

The MV teaser for ‘Daredevil‘ has been revealed. We get to hear this chill and fun beat that goes well with the mood of the video. It is definitely a different sound to what Zico normally goes for. However, because of that, it makes it even more exciting!

His latest image teaser features the name of the album, as well as he lay his head down resting. He looks so peaceful and gentle, which is different from what we have seen in the MV teaser.

He has dropped the MV for his other title track. This one differently shows a different vibe to his ‘Daredevil’ MV teaser. It has a more eerie vibe as he walks through a dark building. It looks like an accident is about to happen. It surely leaves one intrigued.

Meanwhile, he will return on September 30th. What do you think of the concept so far? Let us know in the comments below!