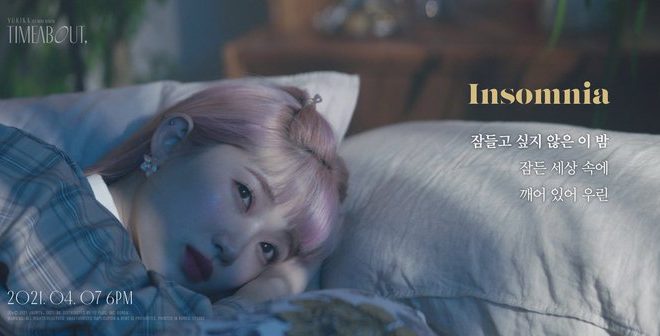 Yukika gets you excited with her ‘timeabout,’ comeback schedule

Yukika has begun teasing for her upcoming return with ‘timeabout,‘ comeback schedule. Check it out below!

Before she had released the comeback schedule, she had revealed two concept teasers. They are of two different colour setting. The first image is dark and full of neon colours. It is the kind of vibe that is fitting to a party. By the way it looks, it has this sentimental look. Her other image is also dark. However, we do get to see her face much clearer. It also contrasts well with the dark background.

From the comeback schedule, she will release the tracklist and highlight medley on March 29th and 31st. The concept teaser is set for April 1st and 2nd. Finally, the MV teaser will be revealed on April 5th.

Her tracklist reveals that this album will contain a total of six tracks including ‘Leap Forward‘, ‘Insomnia‘, ‘Time Travel‘ and ‘Pung!‘. She has also revealed the highlight medley. This gives us a chance to have a listen to the kind of tracks she will have on this album. It looks like she will be giving us that retro sound that goes well with her voice. So far, it definitely has this groovy beat that leaves you moving and having fun with the track.

She will make her hot return on April 7th. Are you ready for her comeback? Let us know in the comments below!