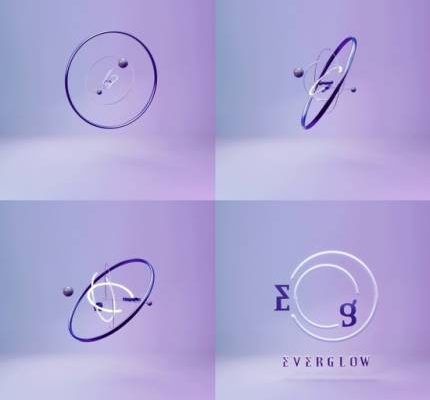 Yes, that is right! It looks like we will be getting a new girl group from Yuehua Entertainment. They have unexpected announce this debut with a video teaser that showed the official name and logo. So, check it out below!

So, it will be a girl group named Everglow. Their logo that makes up their name really captures your attention. What we see so far is a beautiful violet colour that surely gives you a feel for the concept. However, at this point, it is unclear what kind of girl group Everglow will be.

The group name itself is Everglow which means “Always glowing” and thus reflects on the group’s strong will and energy. It is also meant to be understood as “Everglow being both the light and shadow of our time.” As many can see from the logo, the E is separated and is written as a sigma; giving it that positive outlook. The delta g means a change in value, showing that the different members’ charm will become one!

It is also revealed that Kim Sihyun and Wang Yiren, whom participated in Produce48, is confirmed to debut in this girl group. They have gained a lot of attention through their amazing performance and singing abilities, not to mention beautiful as well!