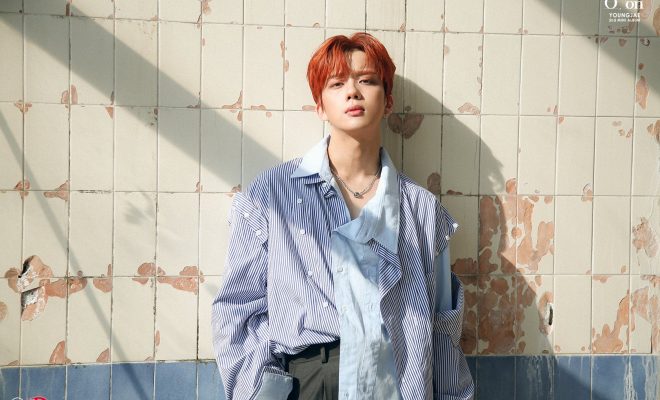 Youngjae has dropped more teasers for his upcoming return with his second mini album, ‘O,on‘. Check it out below!

He has released a comeback trailer. In this video, we get to see the essence of what we will be getting. It is quite a visually aesthetic video that captures your attention immediately. The music video itself is quite mesmerising to listen to. we can’t wait to see where the track will head to.

He has released another set of concept teasers. He looks relaxed while posing in the same place as he was on the album cover. He gives us different angles to his image, capturing the best sides of him.

In the MV teaser, we get to hear his voice. He has such a beautiful voice that goes so well with the melody of this song. The melody itself is the kind of song that one would love to groove and dance to.

In his final teaser, he has released a preview of his album. We get to see him working in the recording studio. He is definitely quite diligent and is working hard to give us his best.

We can’t wait for his return! Meanwhile, he will make his hot return on October 22nd. Are you ready for this? Let us know in the comments below!