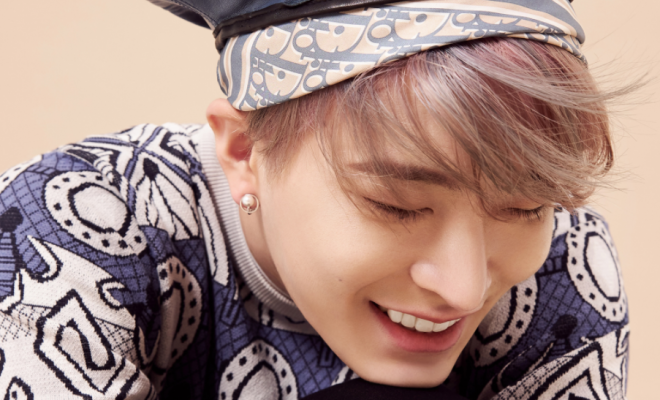 Youngjae brings out his sunshine smile in ‘COLORS From Ars’ teaser

Youngjae has begun revealing his concept teasers for ‘COLORS From Ars‘. Check it out below!

In this first image teaser, we can’t help but be blown away by his beautiful sunshine smile. It is such a beautiful smile that just lights up the whole image. The image definitely have captured it well. His outfit itself contrasts nicely with the peach wall, allowing him to stand out. He has also released a moving teaser, in which we see him wearing the same outfit. This time, we don’t get to see his smile. However, we do get a zoom up on his face before it ends.

His second image teaser brings out his more charismatic and serious side. This matches up nicely with the orange/yellow background. His black and white outfits also helps enhance this concept that he is going for. The moving teaser that comes along with this image is also able to capture his overall vibe, as he winks at the camera.

He has revealed his next concept teaser. This time, it is the blue concept. For the image teaser, he has gone for a cool look while showcasing his back. While, in the concept film teaser, he gives us a little smirk that leaves our hearts fluttering. He surely looks so cute while doing so.

Meanwhile, he will make his hot debut on October 5th. Are you enjoying the teasers so far? Let us know in the comments below!