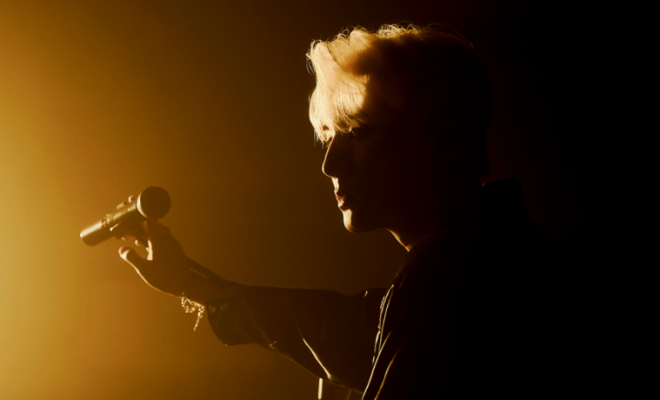 DAY6‘s Young K has finally dropped teasers for his upcoming solo debut with ‘Eternal‘. Check out the teasers below!

From the schedule, the guide video and tracklist is set for August 25th and 27th. The concept teasers will be revealed from August 30th to September 1st. The interlude teaser and album sampler will be dropped on September 3rd and 4th. Finally, the MV teaser is scheduled for September 5th.

From the guide video, it gives us a feeling of what we can expect from his solo debut. We also get to hear him narrate in Korean about what the message will be behind his tracks and album. We can’t wait to see more!

From the tracklist, there will be a total of seven tracks including ‘Best Song‘, ‘I’ll Hold You Till The End‘, ‘Microphone‘ featuring Dvwn, ‘Want To Love You‘ and ‘Still Give You Everything‘.

He has dropped his first concept teasers. There is a total of three images that mainly features him on stage holding a microphone. He is seen sporting beautiful blonde hair that contrasts nicely with the overall black background. It definitely brings forth his star quality that we all see. He looks amazing on stage, leaving us excited for what’s to come.

Meanwhile, he will make his hot solo debut on September 6th. Are you enjoying the teasers? Let us know in the comments below!