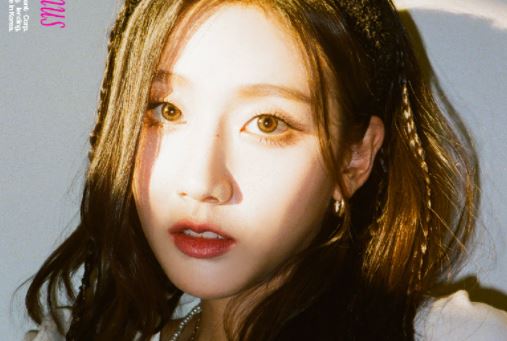 Yein goes ‘Plus n Minus’ in solo debut teasers

Yein has begun teasing for her upcoming solo debut with ‘Plus n Minus‘. Check it out below!

For her first concept teaser, we see her wearing a lovely white shirt that contrasts nicely with the jeans. It is a great choice of outfit. She is also seen sitting on the bed while staring right at the camera. It is a stunning set of teasers. We are excited to see where this goes.

In her first film teaser, we get to see the behind the scene footage. The way they have added a mini border around the video gives it that fun and laid-back vibe. It is also nice to see her down time where she interacts with the camera. The song itself is sweet. We definitely like the way it sounds so far.

In her next set of teasers, we see her wearing a similar outfit. It follows the same colour scheme. We also get to see her pose at different places in the room. The natural light that comes through definitely bring out the best in these photos.

She has also dropped the second film teaser. In this teaser, we see more behind the scene footage of her taking her image teasers. It is edited quite nicely to make the video interesting to watch.

Meanwhile, she will make her debut on January 25th. Are you enjoying the teasers so far? Let us know in the comments below!