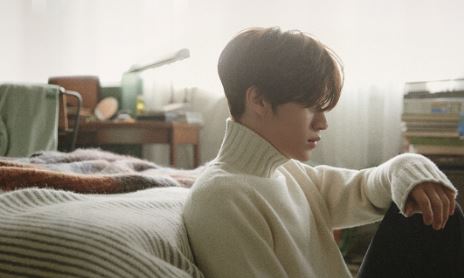 Yedam pulls us in with ‘WAYO’ teasers

Yes, that is right! Treasure‘s Yedam will be dropping something special for the fans ahead of the group’s debut. In particular, he will be releasing a solo single but will not be actively promoting. Nevertheless, fans are definitely excited to see what he has in store for the fans. So, check it out below!

As previously mentioned, this is a pre-debut special release for the fans who have been following Yedam since his training days. This is definitely a special moment for him and his fans!

In this poster, it reveals the date this single will be dropped. It is said that this album will be revealed on June 5th. The image itself features a close up shot of him looking quite warm in the white sweater. His hair has also gotten quite long.

In this spoiler interview, we see when he first joined YG and see his progression through the years. He definitely has the voice that gives you chills. Now that we have reached 2020, it is clear just how much he has grown. The video also features many artists that either know him or are part of the YG family. It is quite a touching video to watch.

Next up is the moving poster. This teaser showcases him riding his bike with clear skies behind him. It has this chill vibe that goes well with this chill melody. One can’t wait to hear his vocals on top of this nice sounding melody.

The latest teaser is the D-2 image. This image continues on from his previous image teasers. He is still seen wearing the lovely white sweater while looking quite down or deep in thought. It is definitely a look that goes well with him.

Meanwhile, he is set to make his hot debut on June 5th. Are you excited? Let us know in the comments below!