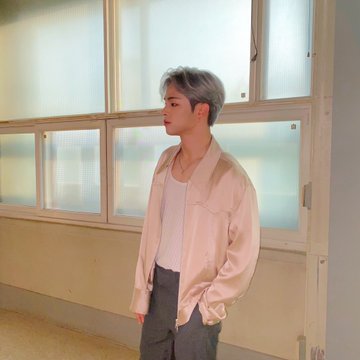 Woojin to drop a pre-debut single

Woojin is preparing for his pre-debut. Check out his teasers below!

It is revealed that he will be releasing his pre-debut single. It is called ‘Still Dream‘. The image itself has that tropical and summer vibe as he poses for the camera. The lovely sunset behind him helps enhance this overall look he is going for.

His image teasers continue to have this tropical vibe. The images are all set at the same location. He is also seen wearing the same outfit through the image teasers. However, what differs between the images is the poses he makes and the way he stares at the camera. He gets to see him from different angles. He definitely has this serious and fierce look as he stares right into the camera. There are also images where he showcases his charisma by looking to the sid

He has also revealed the MV teaser. The video features him looking like a mad scientist while giving us a fierce stare. We get a chill melody, leaving us more curious about what kind of song he will reveal.

Meanwhile, he will drop this single on July 8th. What do you think of his teasers? Let us know in the comments below!

Tracey Luu
← Previous Story N.CUS gives you ‘Unripe Love’ in concept teaser
Next Story → Taeyeon is ready to have a fun ‘Weekend’ in comeback teaser