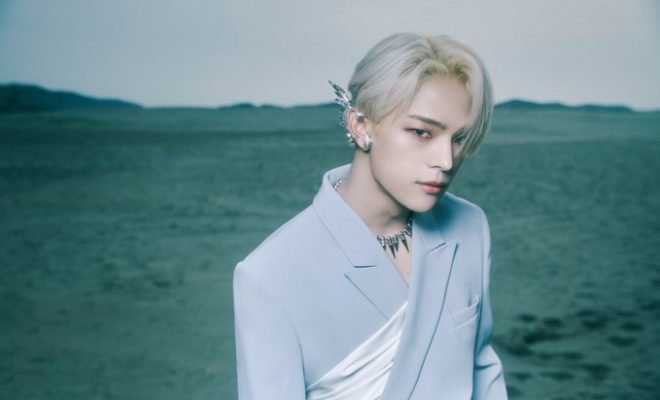 Woojin prepares for his official debut

Having released his pre-debut track, ‘Still Dream‘, Woojin is preparing for his official debut with his first mini album, ‘The Moment: A Minor‘. Check out the comeback schedule below!

From the comeback schedule, he will release his concept teasers from July 22nd to 24th. The audio teasers are set from July 25th to 27th. The tracklist and album teasing photo is scheduled for July 28th and 29th. The MV teasers will be revealed on July 30th and August 3rd. The lyrics photo and album cover are set for July 31st and August 2nd. Finally, the highlight medley is released on August 4th.

He has revealed his first concept teasers. He is seen wearing a beautiful pale blue suit with a ribbon tied around him. We have the lovely sunlight above him that enhances the overall beauty of the image. He is also seen wearing this lovely ear piece that has a wing-like shape. It has this elegant look to it.

Meanwhile, he will make his hot return on August 5th. Are you enjoying the teasers so far? Let us know in the comments below!