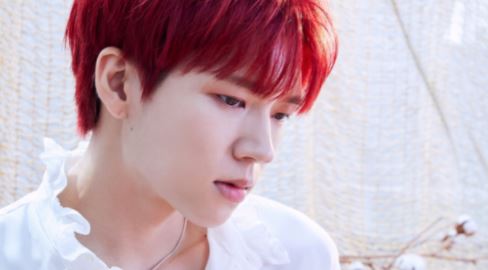 Woohyun is coming back soon!

Yes, that is right! Woohyun is preparing for his upcoming return. Check out his teasers below!

His first teaser is the video trailer. In this teaser, we get this intense music that fits nicely with the mood of the video. There is a consistent change of scenes that matches the vibe of the song. It definitely gets our hearts racing and anticipating for this solo comeback.

The next teaser is his poster. It reveals more details about his upcoming return. It said that he will be dropping his fourth mini album called ‘With‘. The image itself brings out the creativity and the fun elements that we can expect from his upcoming comeback.

He has revealed the calm version of the voice teaser. We get to hear a snippet of a song. It has this whispering element that ends with the sound of ice creaking. It is short but quite an effective teaser.

The other voice teaser is the passion version. In this version, we get to hear the same snippet. However, this time, the video ends with the sound of fire burning away. This goes nicely with the effects of the video.

For his first concept teaser, known as his A teaser, we see him sporting this beautiful red hair colour that contrasts nicely with the overall white scenery. He is also seen wearing a white outfit that fits him nicely. He definitely knows how to showcase his beauty through these simple image teasers.

Meanwhile, he will make his hot return on October 19th. Are you excited? Let us know in the comments below!