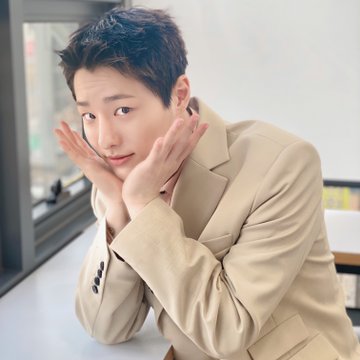 WOODZ will be making his hot return soon. Check out the teasers below!

In his first comeback teaser, he reveals that he will making his return soon. In the video, we see this 3D pyramid that is turning and rapidly evolves into a piece of land. It definitely doesn’t give away much but surely has us excited for what’s to come.

He has revealed the comeback schedule. He will drop his tracklist on February 23rd. The concept teasers are set from March 2nd to 5th. The MV teaser will be revealed on March 8th. Finally, the highlight medley will be released on March 12th.

From the tracklist, there will be a total of three tracks including ‘Feel Like‘, ‘Touché‘ featuring Moon and ‘Rebound‘.

He has dropped his first concept teaser. We get a total of three different images of different colour schemes. One of them is in red where is he seen lying down. The other images have a darker tone as it mostly has black as the main element. One can’t help but admire the overall beauty of the images presented.

In his second concept teasers, he is boxed in where it appears to help highlight the beauty of his outfits. With everything else black besides the white LED lights that highlight the boxed area, it helps bring forth the model-like outfits that he is wearing. He definitely looks cool posing in each of the images.

Meanwhile, he will make his hot return with ‘SET‘ on March 15th. Are you ready? Let us know in the comments below!