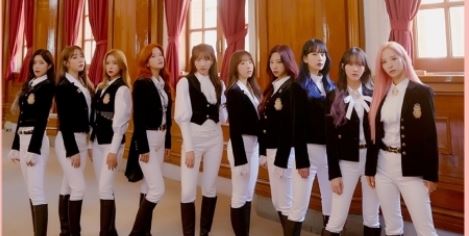 Yes, that is right! WJSN will be launching a subunit called WJSN Chocome. Check out the teasers below!

The first image teaser reveals that WJSN is preparing to launch a subunit called WJSN Chocome. From the image, we get this bubbly vibe as we see this cute animated creature with the colours yellow and pink.

They have also dropped the debut schedule. They will drop the tracklist on September 24th. The concept teasers will be revealed from September 25th to 27th. They will release the Chocome Zzal teasers from September 29th to October 2nd. Finally, the MV teaser and album preview will be dropped on October 4th and 5th.

They have released the tracklist. There is a total of two tracks including ‘Hmph!‘ and ‘Ya Ya Ya‘.

They have finally revealed who will be part of this subunit. There will be a total of four members including Soobin, Luda, Yeoreum and Dayoung. In the image teaser, we get this colourful and bright colour scheme as they each wear cute matching outfits of different colours. From the teaser, it looks like we will be getting a splash of summer.

Meanwhile, they will make their subunit debut on October 7th. Are you excited for this subunit? Let us know in the comments below!