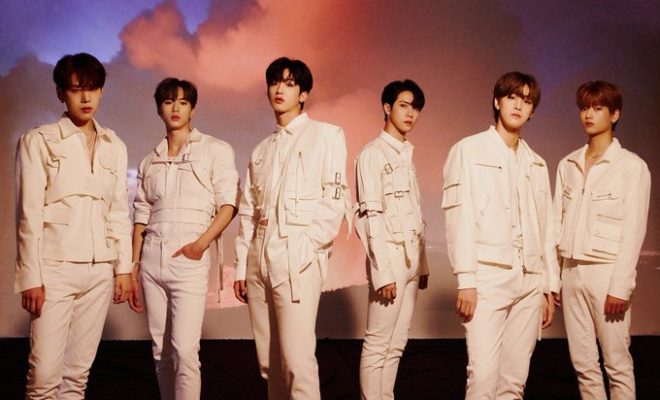 WEi hves dropped their concept teasers for their upcoming debut with ‘Identity: First Step‘. Check it out below!

In this first concept teaser, we see the members posing together while wearing beautiful black leather jackets. The overall scenery goes well with their dark concept. One can’t wait to see what they will make a debut with.

They have released the debut schedule. They will release the concept teasers from September 17th to 24th. The tracklist and highlight medley will be revealed on September 25th and 29th. Finally, the MV teasers are set for September 28th and October 4th.

Their first concept teaser continues on with their leather outfits. However, this time, we get their individual teasers as they pose quite close to the camera. We also see them posing in some open space that appears to be a warehouse.

Their next concept teaser has them dressed up quite elegant for camera. They are seen wearing a lovely black jacket that goes well with their white shirt and denim jeans.

For their ‘We‘ concept, we see this beautiful sunset that goes well with the overall lighting of the camera. Many of the members have gone for a charismatic look as they stare right at the camera. It is quite a look on them.

They have also dropped the tracklist. There is a total of five tracks including ‘Twilight‘, ‘Doremifa‘, ‘Timeless‘, ‘Hug You‘ and ‘Fuze‘.

Meanwhile, they will make their hot debut on October 5th. Are you excited? Let us know in the comments below!

All Access Asia will keep you updated, so say tuned!