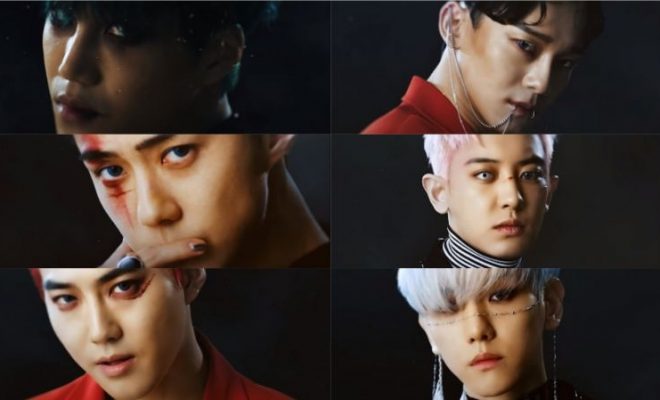 Our dreams became reality this week when it was confirmed that EXO will be making their long-awaited comeback with the release of their sixth full album ‘Obsession‘.

‘Obsession‘ is scheduled for release on November 27 and will contain ten (10) new tracks.

This will mark the group’s first comeback as a full group in almost a year, however, it will also be their first comeback without members D.O and Xiumin who are both currently undertaking their mandatory military service.

The concept trailer that was released has fans worldwide going into meltdown. The concept of good versus evil sees the members face off against each other – we have a theory – this is going to be EPIC.

The schedule for ‘Obsession‘ revealed that we’ve got lots of content to look forward to. We’re getting the first of the teaser images and teaser clips to obsess over tomorrow.

EXO‘s social media accounts suddenly got real active with lots of posts about the upcoming album. Here are just a couple of them:

The first real hint that something was coming in the world of EXO was the new logo that they dropped. The two flags which symbolize the two sides of this upcoming release.

What do you think of the teasers that have been released for ‘Obsession‘ so far? Are you excited for new material from EXO? Let us know your thoughts in the comments below.