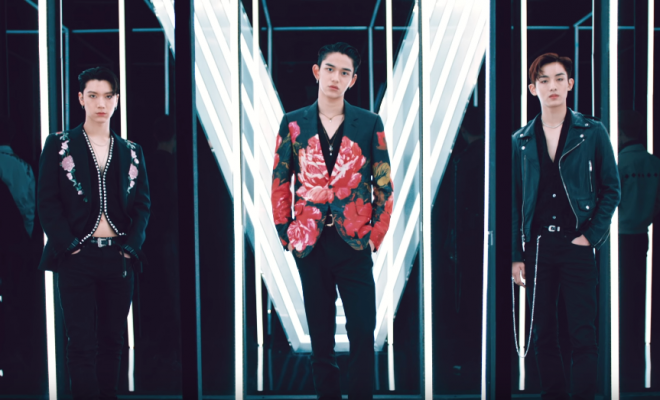 WayV have increased the hype surrounding their official debut by releasing even more teasers, along with some information about their first single album.

NCT’s Chinese unit will make their official debut on January 17 with their first single album ‘The Vision‘.

‘The Vision’ will contain three tracks including the title track ‘Regular‘, a Chinese version of NCT127‘s recent release, ‘Nightmare (Come Back)’ and ‘Dream Launch Plan‘.

The latest teaser images released are the ‘Regular‘ individual teaser images of members Lucas and WinWin. They’re colourful images that are in keeping with the concepts that we have seen from the group so far.

The members introduce themselves and interact with each other.

In the final dream launch plan to be released, we saw a group version, with all of the members together in a ‘Curtain Call’. They’re posing and playing around for the camera, it’s really sweet to see their interactions with each other.

In the last of the individual dream launch plans to be released, Xiaojun revealed his dream is to direct a musical movie set in his hometown that he himself can star in.

We’re loving all the teasers that are being released for WayV. With each one we learn a little bit more about them as individuals and as a group. We’ll keep bringing you all the details about WayV as they are released.

WayV will make their official debut on January 17 at 8pm CST with their single album ‘The Vision‘.

What do you think of the new teaser images and behind the scenes clips from WayV? Do you have a bias yet? Which one is it? Are you excited to hear what sort of music they release? Let us know your thoughts in the comments below.