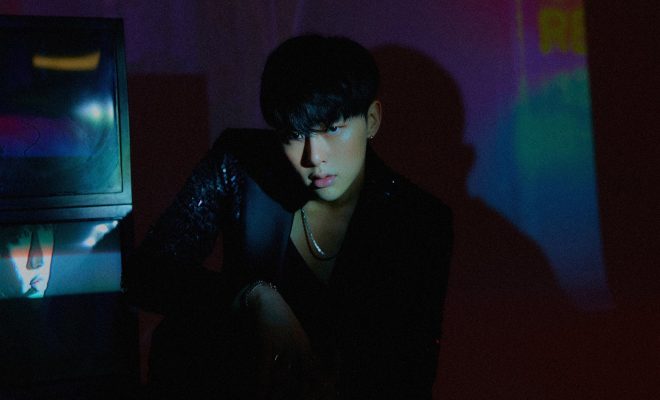 VIINI continues to teaser for his upcoming solo debut. Check out the latest below!

He has dropped two title poster teasers. In the first set of title poster, we see that same black and white image in which has him showcasing his stares. With his image also indicates that the title track’s name is ‘Genie‘.

In the second title poster, we see that dark atmosphere yet there is some colour added to the image. It helps set the scene of the video as he gives us a look like no other. It is such a strong glare, which goes nicely with his all-black outfit.

He has also revealed the album packaging details. There is a total of two versions. Each version will come with the CD, a booklet, a frame card, a random selfie photocard, a random postcard and a double-sided poster.

He dropped the tracklist after. This album contains a total of four tracks including ‘Bittersweet‘, ‘Genie‘, ‘Bad‘ and ‘Affection‘.

Meanwhile, he will make his hot debut on August 19th. Are you ready for this? Let us know in the comments below!