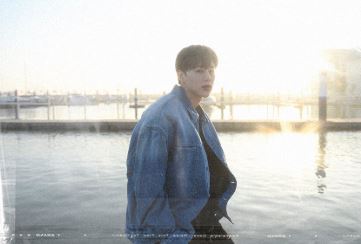 VIINI is the ‘Moon & Butterfly’ in comeback teaser

VIINI is preparing for his first return! He has revealed the image teasers. So, check it out below!

In the first image teaser, it reveals the name of the two title tracks. The first is called ‘Love The Moon‘ featuring BLOO and AKMU‘s Lee Suhyun. The second track is called ‘Butterfly‘ featuring Ravi.

The second set of teasers is his concept teasers. We get a look into different concepts. The first image is in black and white as he enjoys his time out. The second image has him posing near the ocean with the set setting. It is quite a beautiful look. The third image teaser is taken at night as he takes a stroll down a footpath. The final image has him heading home, going up a pair of stairs.

Meanwhile, he will make his hot return with ‘Moon & Butterfly‘ on March 4th. Are you enjoying the teasers? Let us know in the comments below!