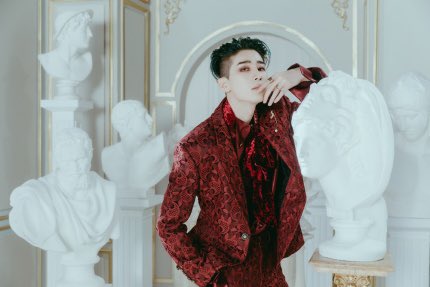 VICTON‘s Seungwoo has announced his first solo return with ‘Fade‘. He has revealed his teasers. So, check it out below!

His first image teaser revealed that he will be returning with his second mini album called ‘Fade‘. In the image, we see him enjoying the lovely sunlight. However, his back is to the camera, leaving us more excited for his other teasers.

He has also dropped the comeback schedule. He will reveal the tracklist and album preview on June 7th and 8th. The image teasers are scheduled from June 9th to 16th. The spoilers will be dropped from June 21st to 24th. The highlight medley and jacket image teaser are set for June 24th and 25th. Finally, the MV teasers are set for June 27th and 28th.

He will make his hot return on June 28th. In other news, he revealed that he will be enlisting on July 26th in the military band.

Tracey Luu
← Previous Story EPEX gives you a listen to their ‘Bipolar Part 1: Prelude Of Anxiety’ album
Next Story → Yugyeom gets fans excited with his solo teasers