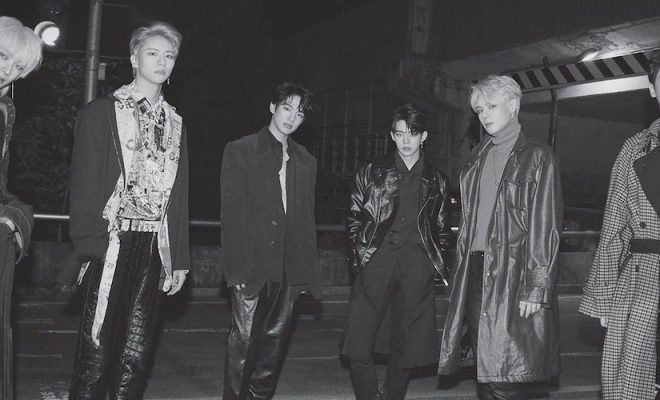 VICTON are going to have a ‘nostalgic night’ in comeback MV

VICTON have made their comeback with the release of their fifth mini-album ‘nostalgia‘ and the title track ‘nostalgic night‘.

This release is the group’s first in almost 18months – and we’ve been oh so patiently waiting – NOT!

It is their first comeback as a six-member unit after Seungwoo won a place in Produce X 101‘s project group X1.

‘nostalgic night‘ has a slightly dark and moodily atmospheric vibe, it has a similar feel to their earlier release ‘Time of Sorrow’. The song has a powerful melody and that combines with the pounding beat which perfectly matches the beautifully compelling MV.

The music video sees the members take on a more sensual, sophisticated concept than we have seen from them previously. It seems to mark a coming of age for the group completing the transformation from youthful boy group to mature and masculine men.

What do you think of VICTON‘s ‘nostaglic night‘ MV? Are you a fan of this concept? Let us know your thoughts in the comments below.

Narelle
← Previous Story GOT7 drop MV for ‘You Calling My Name’ and we LOVE it!
Next Story → HINAPIA debuts with ‘Drip’