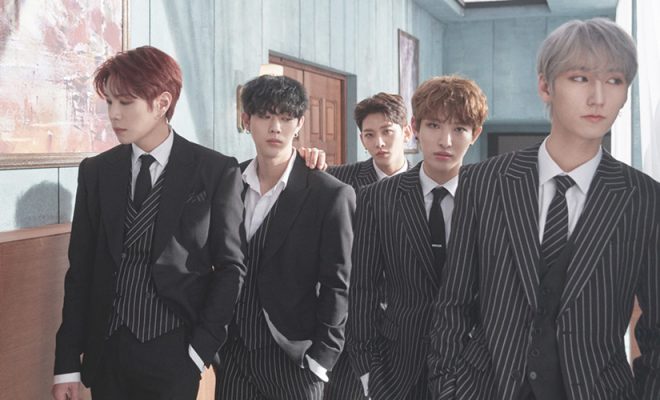 Rookie group UNVS will be making their second comeback with the release of their second single album ‘Soundtracks for the Lost & Broken‘ and the title track ‘Give You Up‘.

The release is scheduled for May 15.

The upcoming single album will contain two tracks, ‘Give You Up‘ and a solo song by member Eunho called ‘Waterfall’. They have revealed that starting with ‘Waterfall‘, the group will unveil a new solo song by each member in their subsequent albums.

The latest teasers to be released a individual concept teaser clips for ‘Give You Up‘. Not only do we get to hear a portion of the song, but the strong visuals are very watchable.

UNVS ‘Give You Up’ concept teaser clips

UNVS also released a set of sultry and moody individual lyric teaser posters. They each have their own individual feel, but one thing is for sure they’re all visually stunning.

UNVS ‘Give You Up’ lyric teaser images

In a series of individual concept teaser posters, the members had their eyes blocked out with a stroke of coloured paint. The teaser images are all really aesthetically pleasing

UNVS ‘Give You Up’ concept teaser images

The group released a very-well dressed teaser poster to announce the track listing for their release.

UNVS ‘Soundtracks for the Lost & Broken’

UNVS‘ second single album ‘Soundtracks for the Lost & Broken‘ and the title track ‘Give You Up‘ is scheduled for release on May 15 at 12noon KST.

Are you looking forward to hearing new material from UNVS? What do you think of the teasers that have been released so far? Let us know your thoughts in the comments below.