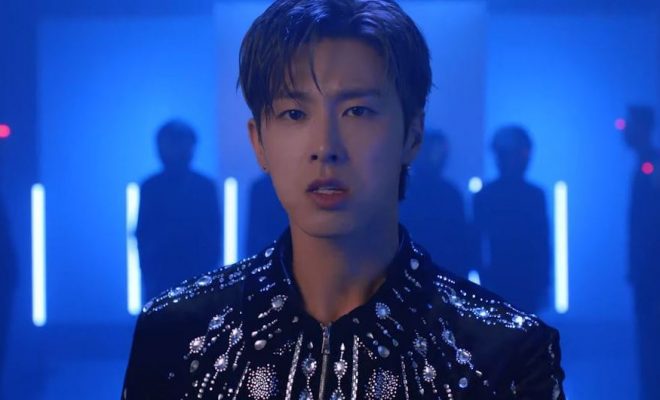 U-Know wants us to ‘Follow’ him in new MV – and we are happy to comply!

U-Know has released his solo debut album ‘True Colors’ and the title track ‘Follow‘. It is all that we’d hoped it would be and more.

‘Follow‘ is a slinky, groovy, pop-infused tracks that draws heavily on U-Know‘s penchant for all things Michael Jackson. It hits hard right from the beginning with a thumping groove pounding over U-Know‘s understated vocal adlibs. The entire song has a rich fullness to it that manages to emphasize U-Know‘s dynamic vocal ability.

The song was co-written by SM Entertainment‘s in-house producer Yoo Young Jin and Danish songwriter Thomas Troelsen, both of whom worked on TVXQ’s 2008 hit ‘Mirotic‘ (which happens to be on my permanent playlist). This song almost sounds like an updated sequel with the dramatic percussion elements and synths.

Regarding his solo debut title track ‘Follow’, Yunho commented in an interview, “I made adjustments to my title track 16 times. I threw the company into a state of chaos because of this. But it is a song where the most charming point is in the percussion sounds. The music that I’ve showcase before was passionate and hot, but this track has a cooler side, and the mood of the beat is what makes it. I watched the ‘Avengers‘ recently and worked in some motifs from the different heroes and their charms into the track.”

The clip is equally impressive. U-Know manages to take the choreography to a whole new level (would you expect anything else from him). It’s futuristic with lots of motorcycles on show (seems to be a theme with SM clips at the moment), however, whatever they throw in the clip, the focus is always on U-Know – the consummate performer