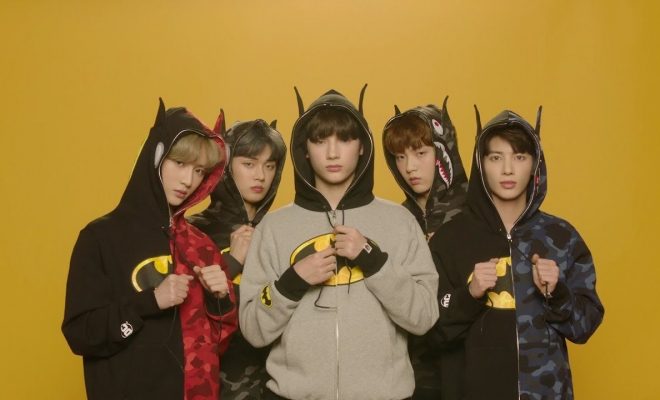 TXT would make the cutest pets in ‘Cat & Dog’ MV

TXT have released the cutest ever MV for their track ‘Cat & Dog‘. The song was originally released as a B side track from their debut mini-album ‘The Dream Chapter: Star’ back in March.

The song itself is as cute as the concept, it’s a puppy love confessional wrapped up in a trap influenced rap track. There is a lot of autotune going on with this track, but that’s not a bad thing in this instance.

There is an innocent charm to TXT and their music, which is refreshing with all that is going on in K-pop at the moment. The song is exuberant and playful which is exactly what we would expect from the title. They sing over a backing track of cat and dog noises, but it doesn’t take away from the song at all, in fact, it just adds to the charm of the song.

The cute and playful video matches the song’s concept and animal-inspired lyrics perfectly. The members perform the song as they take on choreography that is inspired by, well, cats and dogs. It’s so sweet and watching them play with puppies and kittens towards the end will make your day.

The group also recently announced the name of their fandom. After reviewing all the suggestions that were made by their fans, the members decided on ‘YOUNG ONE’.

When you take a closer look at the name it is really quite clever because the number “0” is pronounced as “young” in Korean, so it means: “We were nothing (0), and then we became one.” “YOUNG ONE” also means “forever” in Korean.

What do you think of TXT’s MV for ‘Cat & Dog’? What about the name of the fandom ‘Young One’? Let us know in the comments below.