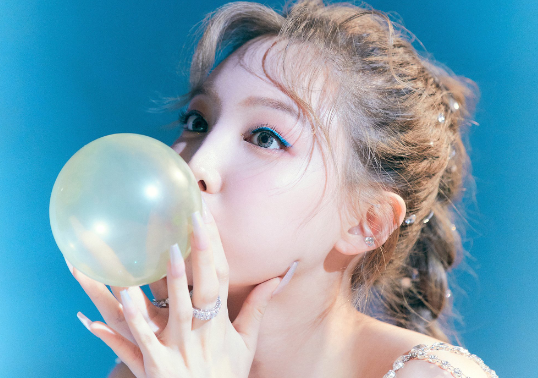 TWICE‘s Nayeon has begun dropping her image teasers for her upcoming solo debut with ‘Im Nayeon‘. Check it out below!

For her first concept teasers, we see two concepts. The first concept has her dressed in pink with a crown on her head. She looks like a queen with the way she stares at the camera. She is also seen relaxing on bed with different pink items scattered on her bed. It really lifts up the vibe of the image. The other concept really brings out her eyes. It is made to look like cat eyes by how sharp they are. To contrast with the makeup, she goes for a soft look with a bow on her head.

Her second set of teasers maintains that charisma that she has. She knows how to look fierce and powerful in each outfit and concept. With the vibe that we have gotten so far, it looks more edgier and cool. We are excited to see where these concepts will go.

Her latest concept teasers bring out that spring and summer vibes. We get to see her wear much brighter and uplifting outfits that suits this vibe. It also allows her to shine and light up amongst the different colours in the image. It is clear that this summer vibe suits her well.

Meanwhile, she is set to debut on June 24th. Which concept do you like so far? Let us know in the comments below!

Tracey Luu
← Previous Story H1-KEY to make their return with a new member!
Next Story → fromis_9 excites fans with ‘From Our Memento Box’ comeback schedule