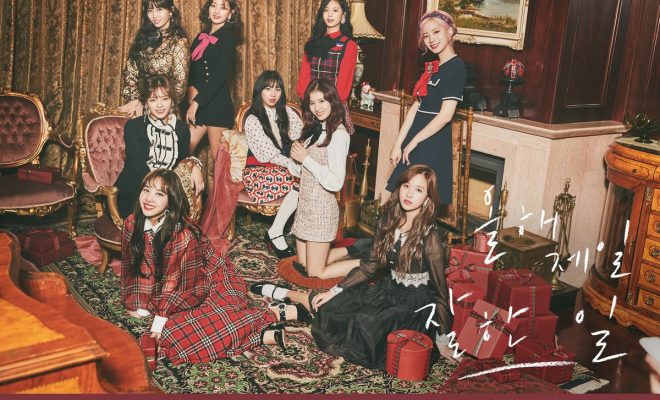 TWICE is ready to greet Christmas in new image teaser

As scheduled, TWICE will be making their hot return this month! In particular, this will mark their third special album. It is called ‘The Year of YES’. Meanwhile, they have revealed their latest teasers. So, check it out below! 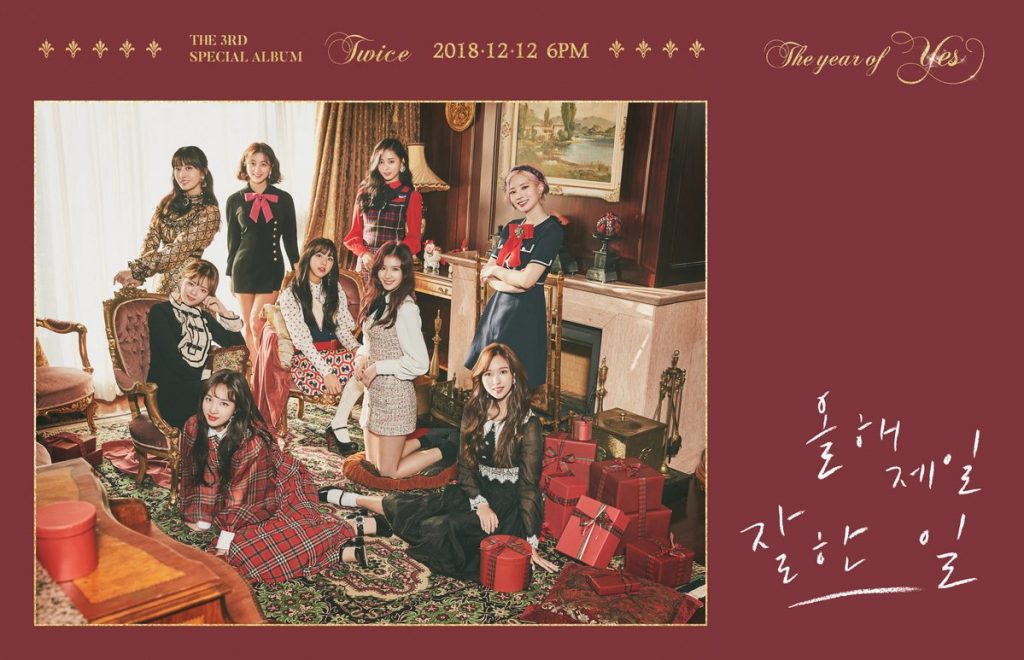 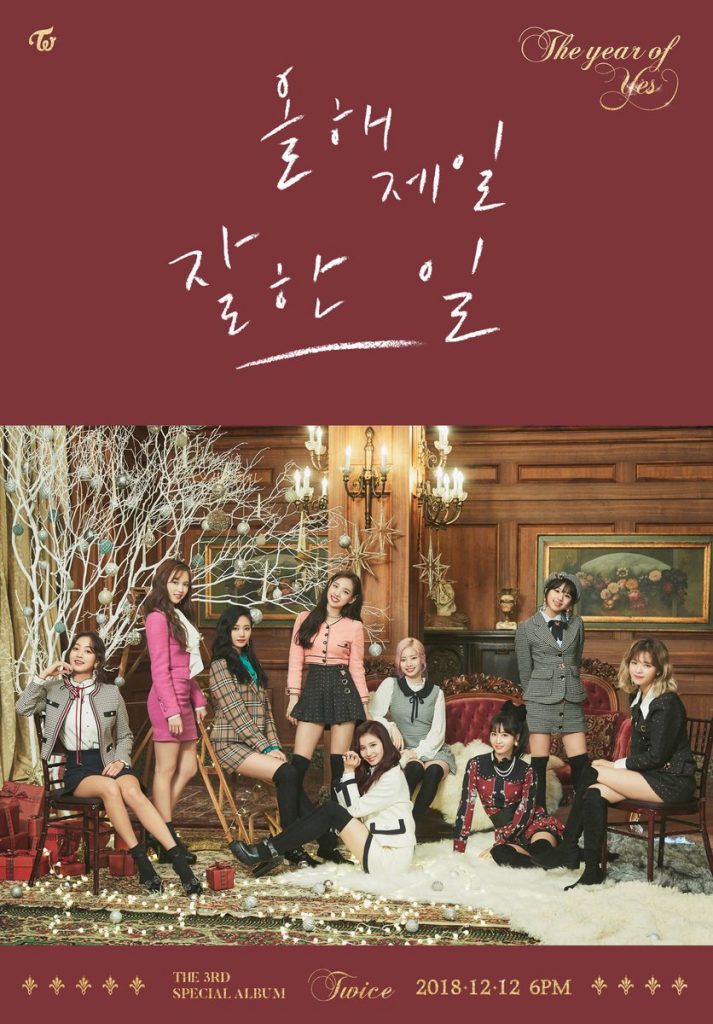 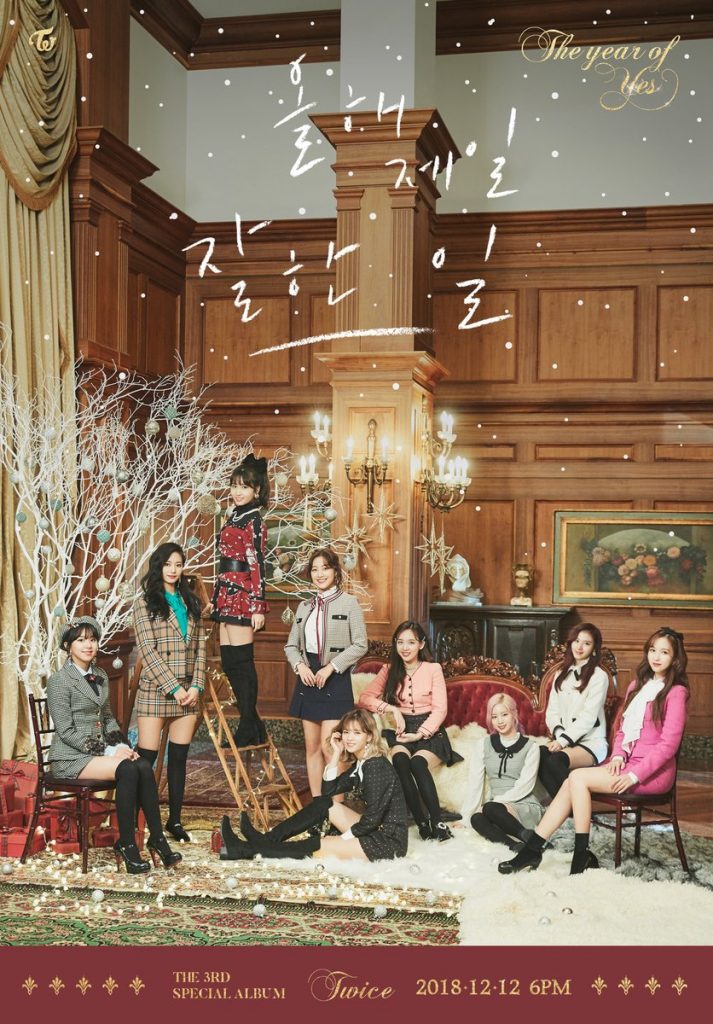 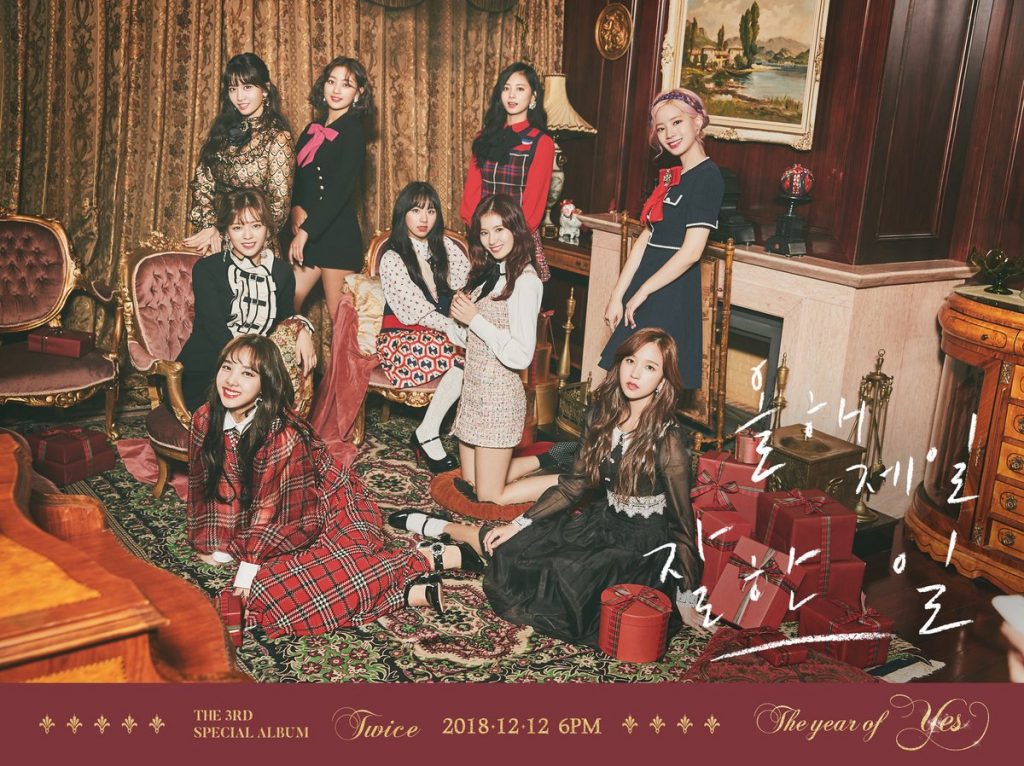 So, each image is set out like an album cover. They are surely embracing what winter has given by, as well as loving the Christmas vibe. They are all dressed up warmly while giving the camera their happiest smiles. They surely get you in a good mood with this set of group teasers. They are just too adorable when they are all in one image.

They have also revealed the album packaging details. Each album will come with the CD, a photobook, a special photo card, a QR code card and a sticker. 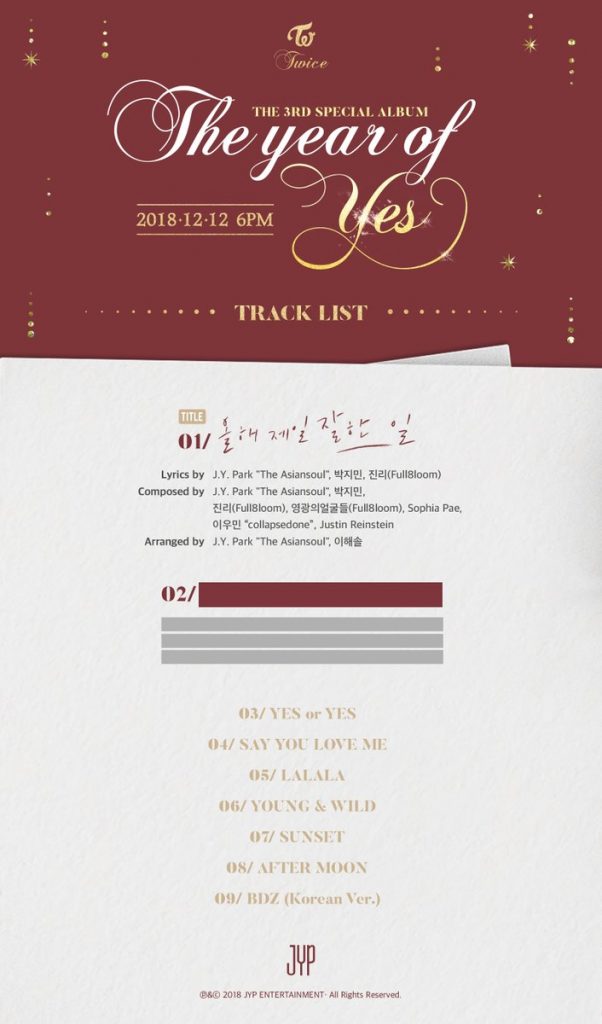 They also dropped the tracklist. It indicates that there will be a total of nine tracks, two of which are new tracks. The title track is their first track to have a Korean name. It is translated out to be ‘The Best Thing I Ever Did’ which is produced by JYP, collapsedone and Jimin. The second track has revealed hidden!

Meanwhile, TWICE is set to return on December 12th. What do you think of their  latest teasers? Let us know in the comments below!

Tracey Luu
← Previous Story BTOB’s Changsub gets you excited for his debut with a schedule!
Next Story → The next SM STATION 3 track to look forward has been announced!