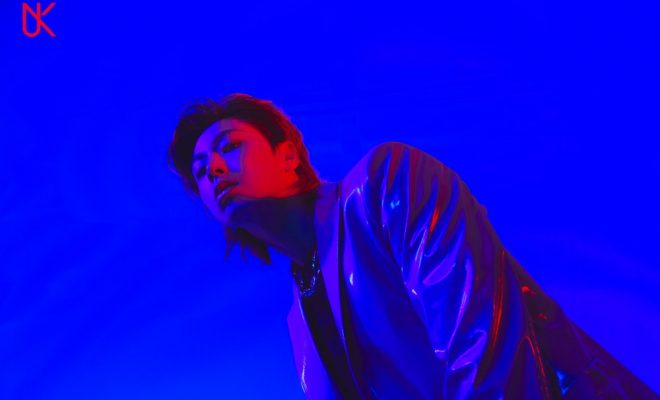 It’s been just over a week since the announcement of TVXQ‘s U-Know‘s (or Yunho‘s depending on your preference) solo debut project, but since then we’ve been inundated with all sorts of aesthetically pleasing teaser images and clips.

U-Know‘s first mini-album which is entitled ‘True Colors‘ is scheduled for release on June 12. It will feature a total of six tracks with the title track to be called ‘Follow‘. Other tracks include; ‘Why’, ‘Blue Jeans’, ‘Hit Me Up‘, ‘Swing‘ and ‘Change the World‘.

The album title is said to reflect the U-Know will showcase all of his charms through his exceptional musical colour, taste and performance as a solo artist.

The latest teaser to be released is a teaser image of the album cover for ‘True Colors‘. In each of the teaser released previously, there has been a corresponding colour, the cover image sees all the colours finally combine to reveal U-Know’s ‘True Colors‘.

Earlier he had released a preview of the title track ‘Follow‘. The colour for ‘Follow‘ is silver. The accompanying teaser images are a little futuristic looking in silver and black. ‘Follow’ is described as a pop dance track with a dark, groovy mood, accentuated with unique percussion and synthesizer sounds.

We were given a special treat with the release of a special clip for the the track ‘Hit Me Up‘ which features Giriboy.

‘Hit Me Up‘ is paired with the colour orange and is a disco pop dance track that is paired with a groovy base sound. The lyrics to the track are about a man inviting his girlfriend out for a late night drive.

The special clip is everything you could’ve hoped for, it’s light and bright and the beat is contagious.

U-Know ‘Hit Me Up’ featuring Giriboy

Prior to the release of the special clip, we got a taste of the track via the highlight audio teaser and the accompanying teaser images.

The teaser images were hued with the colour orange and are strong and powerful.

‘Change the World’ is another track from ‘True Colors‘. The colour that is paired with this track is light, bright white.

‘Change the World‘ is a mid-tempo pop ballad. The bright and hopeful track is said to show-off U-Know’s well-known positive attitude and showcases his powerful vocals.

This set of teaser images are actually my favourite – he looks a little dangerous and a little ethereal in the white.

The song ‘Why‘ was the next track to be revealed, and the colour for this track was a strong and somewhat stark dark gray.

We get a very short snippet of ‘Why‘ in the audio highlight, but it’s yet another powerful, anthemic track that is set to showcase U-Know‘s vocals.

The track ‘Swing‘ was released with the color red which was part of the release of the first teaser images which were red and blue.

‘Swing‘ is a mid-tempo pop track with a pounding bass sound flowing through it.

The first audio teaser released was for the track ‘Blue Jeans‘. Of course, you guessed it right, the colour for this track was blue.

‘Blue Jeans‘ is a pure pop track (which we love the sound of) and it fits with the teaser images perfectly. The teaser images feature U-know looking chic and effortless while staring down the camera with a mullet!

Last, but not least, or should we say first, came the release of the logo for U-Know‘s album. He also has his own website here, so you can keep up to date with the latest news about the release.

U-Know‘s solo debut album ‘True Colors‘ and the title track ‘Follow‘ are scheduled for release on June 12 at 6pm KST.

What do you think of all the teaser images and audio highlights that have been released for U-Know‘s album ‘True Colors‘ so far? Do you have a favourite track yet? What is it? Let us know in the comments below.