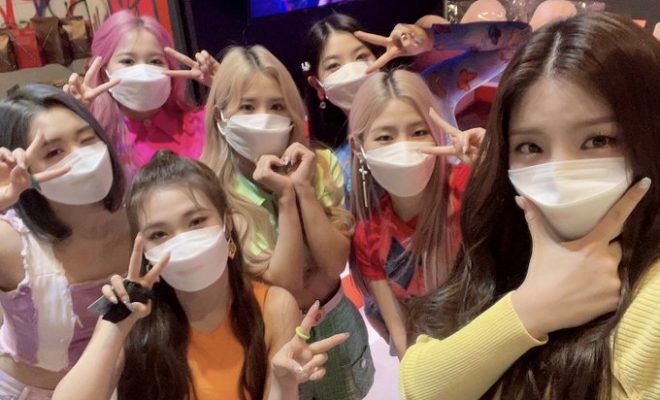 TRI.BE has revealed their concept teasers for their upcoming return with ‘CONMIGO‘. So, check it out below!

Their first concept teaser has shown a bright concept that goes well with this season. Their images are made up of this bright yellow background while the members are wearing contrasting bright colours. It looks like they are will be bringing a bright summer concept to embrace this season.

For their second concept teaser, they continue to bring us a bright concept. However, this time, they bring forth the girl crush look as they embrace the pink neon lights. This type of lighting goes well with their colourful outfits. They also maintain their charismatic stare at the camera.

They have also revealed each member’s concept film teaser. In Songsun‘s teaser, we get this background summer vibe song which goes well with her beach scene. In Jinha‘s teaser, we get the same soundtrack played. However, this time, she is featured by a beautiful grass field with a forest view behind her. While in Kelly‘s teaser, we see her wearing a fancy red dress while looking like a princess on the couch. Jia also looks quite majestic while posing with the horse. It is beautiful scenery to be at. The latest is Hyunbin‘s teaser. This time, they have changed up the section that is played. It has this funky and tribal sounds. The video itself features her by the field that was shown in Jinha‘s teaser.

Meanwhile, the group will make their hot return on May 18th. Are you enjoying the teasers so far? Let us know in the comments below!