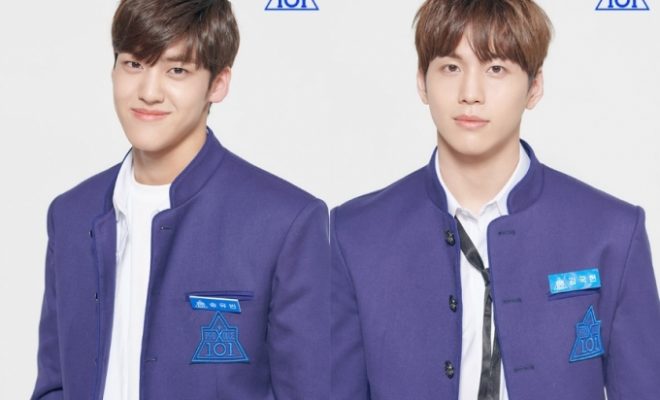 The duo debut of two Produce x 101 trainees has been announced!

Yes, that is right! Two Produce x 101 trainees will be coming together for a duo debut! Who could it be? Well, check out the news below to find out!

On August 8th, it was revealed that MYTEEN‘s Song Yuvin and Kim Kookheon will be launching a duet unit together. In particular, they have confirmed to have begun preparations for it. They have also completed recording but the release date has yet to be confirmed. There were also reports that they will be holding a fan meeting as well!

Meanwhile, are you excited for a new duo debut? What kind of concept do you see the two doing? Let us know in the comments below!

Tracey Luu
← Previous Story All you need to know about ISAC 2019’s changes!
Next Story → Former Stellar’s Soyoung to make her solo debut