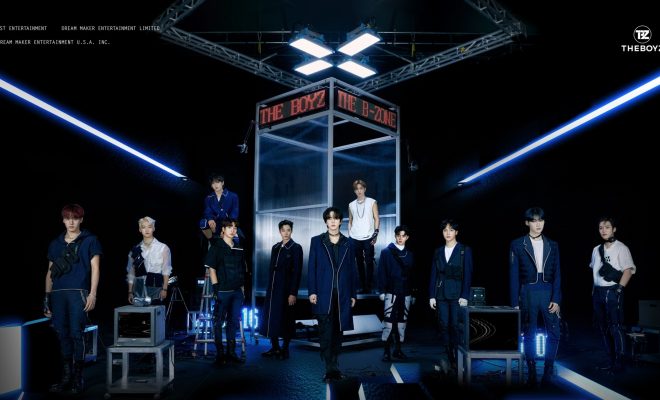 THE BOYZ have announced new dates for their upcoming 2022 World Tour ‘The B-ZONE‘.

So far, they’ve announced dates for the United States and Europe – we’re still waiting and hoping that we’ll get dates for Australia in the near future.

The group will kick off their tour in the United States with ‘THE B-ZONE IN USA‘ starting off in Los Angeles on May 29, before heading to Chicago on June 1, Newark on June 3, Atlanta on June 5, Dallas on June 8, and San Jose on June 10.

THE BOYZ ‘The B-ZONE in USA’

THE BOYZ will also travel to Europe to perform in four cities for the European leg of their tour. The group will take the stage in London on June 20, Rotterdam on June 22, Paris on June 25, and Berlin on June 28.

THE BOYZ ‘The B-ZONE in EUROPE’

We’ll update ticketing information as it gets released.

Will you be lucky enough to be seeing THE BOYZ on their ‘The B=Zone’ 2022 World Tour? What city are you hoping they add to the tour? Let us know in the comments below.

Narelle
Next Story → TXT are going to be LOVE SICK on their first world tour!