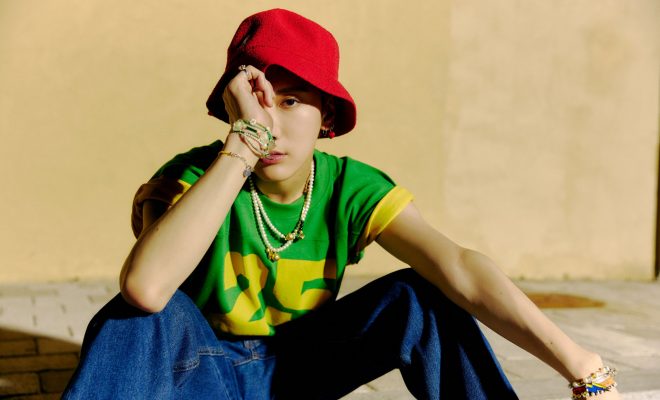 We really really wanted to call this article ‘TEN asks if you can ‘Paint Me Naked‘, but we thought it might get us into trouble!

You should all know by now that I have a ‘thing’ for TEN, so you can imagine my reaction when I heard the title of this track!

TEN will be releasing a new digital track for SM Station called ‘Paint Me Naked‘ on August 10.

In the lead-up to the release we’ve been gifted a series of image teasers. One set has quite a sporty feel, while the other set is a bit more of the TEN we’re used to. However, all of them are showing off his edgy new look, which we really like.

When SM Entertainment made the announcement of TEN‘s solo release, it came with a stunning black and white image that had the title of the song graffitied on it.

But, we must say, we’re loving the edgy look that TEN has taken on for this release.

TEN‘s digital single ‘Paint Me Naked‘ is scheduled for release on August 10 at 6pm KST.

Are you looking forward to TEN‘s solo release? What do you think of the teasers that have been released so far? Let us know your thoughts in the comments below.