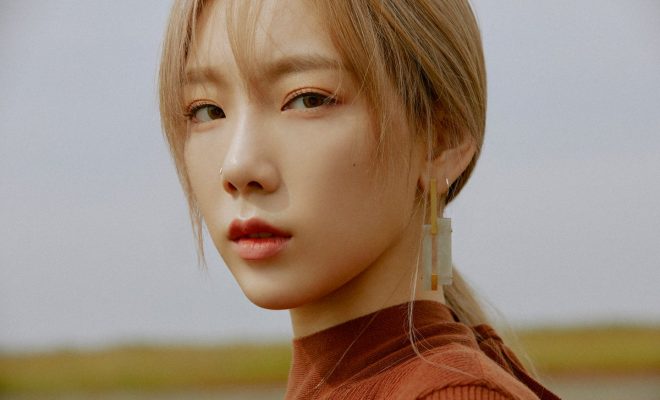 Taeyeon continues her teasers as she updates her comeback schedule. Check out the latest teasers below!

It was revealed that her title is called ‘Spark‘. This is a song that is described as an alternative soul pop that brings out her voice and has such a powerful melody. It surely leaves one curious as to how it sounds like. Above is the updated comeback schedule.

She has dropped a set of fierce red teasers. She looks amazing in red while giving us this fierce and charismatic look. Taeyeon knows how to look amazing in different concepts.

The second highlight clip is for the track, ‘LOL‘. It follows from the concept teasers she has released. The song itself is quite slow with this indie song. It is definitely a different vibe to the songs she has released, giving fans something to be excited about.

She has also dropped the album packaging details. Each album comes with the CD, the booklet, a photo card and a poster.

The third highlight clip is called ‘Wine‘. This track is the kind of song that brings out the best in her voice. It is the song that brings chills down to the bone. She also looks so mesmerising as she drinks from her wine glass.

Her next concept teaser has her embracing the colours of Autumn. She looks amazing in this outfit as she gives us all kind of poses. This elegant and simple look works best with her.

She has also released the highlight clip for ‘Do You Love Me?‘. This track is much more soulful and full of life. It is the kind of song that would be featured in a musical.

Meanwhile, she will make her hot return on October 28th. Is there any track that has caught your attention? Let us know in the comments below!