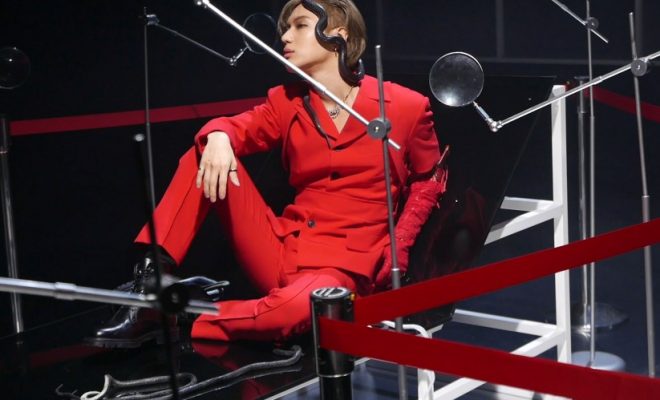 Taemin’s ‘WANT’ fulfils all our wants

Taemin made his long-awaited solo comeback a few days ago with the release of his second solo mini-album ‘WANT‘ and the title track of the same name.

It’s been just over a year since his last solo release ‘Move‘ (and didn’t we love that). ‘WANT’ has the same vibe as ‘Move‘, but feels like a natural progression in style and sound.

‘WANT‘ is a perfect example of a dramatic synthpop song, however, SM Entertainment have described it as being of the ‘space disco’ genre. Well, okay that sounds like a cool way to describe it. Disco is not something that one would normally hear in a song description – but, we like it, and it certainly fits with Taemin‘s style.

‘WANT‘ is built on the rhythmic pounding bass beat that underpins the song with the synths laid over the top giving it a steady pulsing flow which is where the disco influence is most prominent. The song is sensuous and moody with a sinuous groove which provide the perfect platform for Taemin‘s sultry vocals.

Overall the arrangement of the song is simple and uncluttered which gives us the chance to be drawn into Taemin‘s web of magnetism and charisma.

The music video is as captivating as the song and provides the perfect backdrop for the track. It embraces Taemin’s flair for the dramatic by giving us moody, aesthetic sets mixed with sensual and charismatic choreography.

We see Taemin draped in snakes, laying on a lounge surrounded by mirrors inspecting every inch of his face, dressed in netting, leather and gloves. It all adds to the torment of the audience as Taemin‘s sings about making us all ‘WANT‘ more.

He teamed up with ‘Move’ choreographer Sugawara Koharu again for the choreography of this song, which has resulted in something special and theatrical.

What do you think of Taemin‘s ‘WANT’? Let us know your thoughts in the comments below.