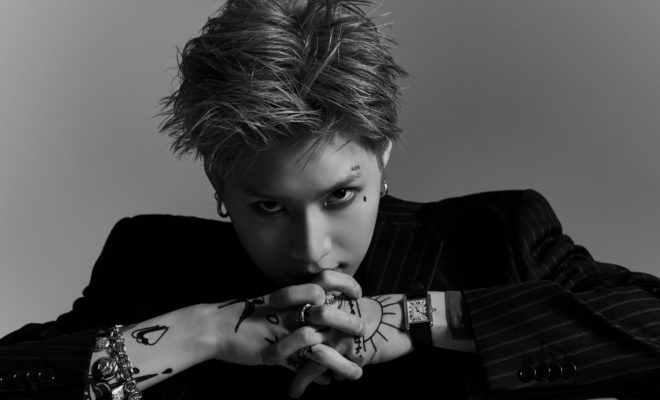 That got your attention didn’t it?????

After delaying the comeback due to a wrist injury, it has been revealed that the comeback will be in three parts: Prologue, Act 1 and Act 2. The first single to be released will be titled ‘2 Kids‘ and is scheduled for release on August 4.

In the lead-up to the release, we’ve been seeing lots of charismatic teasers.

Earlier Taemin shared a clip showing the preparations he undertook for the upcoming solo comeback!

In the teaser clip, Taemin has a number of temporary tattoos applied for the teaser photos for his upcoming release. He is very involved in the process and comes up with ideas and suggestions of his own. He’s so cute when he gets shy at the number of people who have come to watch, but he is satisfied with the results.

Are you looking forward to hearing new material from Taemin? What do you think of the teasers that have been released so far? Let us know your thoughts in the comments below.

Narelle
← Previous Story 2Z says ‘Let’s Go For It’!
Next Story → Eric Nam takes us to ‘Paradise’ on ‘The Other Side’ with new release