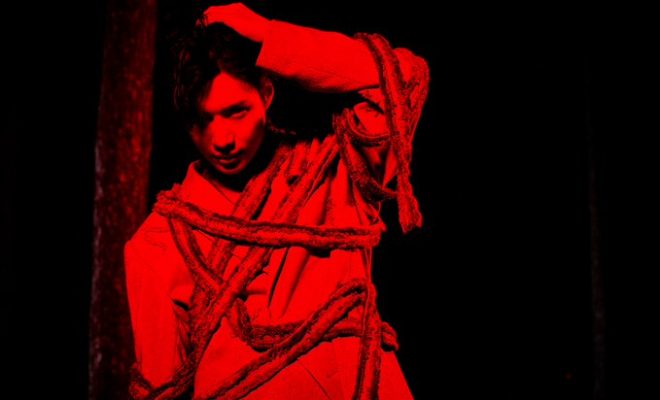 Taemin gets fans ready for his upcoming return with ‘Never Gonna Dance Again: Act 1‘. He has dropped the comeback schedule, as well as the teasers. So, check it out below!

From the comeback schedule, he will release the tracklist, album packaging details on August 28th and 29th. The image teasers will be revealed from August 29th to September 5th. The mood sampler will be dropped on August 30th and 31st. Finally, the MV teasers are set for September 5th and 6th.

For his first concept teaser, he has dropped a total of three image teasers. He is seen posing on top of an old car while wearing a black mysterious cloth over him. This gives off a dark and mysterious look, especially with the way he stares at the camera. This leaves us quite curious as to where this concept will go.

His first mood sampler is the ‘Suspect‘ version. The video itself has this mysterious vibe as he wanders through the forest. The setting itself is in darkness with red being the main colour. The video ends with the sound of a wolf in hunting mode and a groovy melody.

His next concept teaser embraces a more simplistic look as he is surrounded by artworks. He himself is seen wearing a plain shirt that goes well with his pants. We see him get up and close with the statue, as well as giving us a majestic and definitely a hard-to-pull-off pose.

His next mood sampler is the ‘Innocent‘ version. He is seen wearing the same outfit in the same setting as the above concept teaser. He looks immersed into the darkness before he goes and sits on the chair with his hand tied up. We also get to see a black wolf make its entrance before it runs off in the distance. It is quite a mysterious concept, leaving us more curious than ever.

Next up is another set of teasers. This time, we see the concept from his first mood sampler. He is seen wearing a creepy red outfit that goes well with the vibe of the video. He is seen in poses that will be fitting for a horror movie. It is quite a look, which he pulls off so effortlessly.

His latest concept teaser tones it down to another simple-looking concept. He is seen wearing a fluffy green shirt while looking quite soft. It is a totally different vibe from what we have been seeing from him in the last few concepts. However, it is nice to see this side of him as he embraces the colour green.

Meanwhile, he will make his hot return on September 7th. Are you ready? Let us know in the comments below!