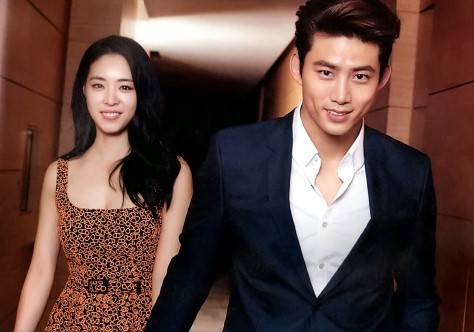 Taecyeon and Lee Yeon Hee to reunite for ‘The Game’

MBC have confirmed that 2PM‘s Taecyeon and actress Lee Yeon Hee will be reunited as the leads of a new drama titled ‘The Game‘.

‘The Game‘ tells the story of a man with a unique, psychic power and a female detective, as they team up to solve a serial murder case. Taecyeon will play the role of a psychic named Kim Tae Pyung who lives with the unique ability to see the moment that a person dies once he meets their eyes. Kim Tae Pyung doesn’t treat his ability like a curse, and is always focused on finding the right answer.

Opposite Taecyeon, Lee Yeon Hee plays the role of a charismatic female detective, Seo Jun Young who works at Yongsan Police Station. Despite her tough exterior, Jun Young carries a scar from her father’s death at a young age.

Commenting on the role, Lee Yeon Hee said, “The script is really exciting; I have a lot of tension and I enjoyed it very much. I do not want to miss the role because it’s nice. I will be able to show a different kind of character through this role”.

The two previously starred together in the 2013 film ‘Marriage Blue‘. So this will be a great opportunity to see if their chemistry is still there.

“The Game” is scheduled to premiere in January 2020.

Are you excited to hear about Taecyeon‘s upcoming drama? What about the news of Taecyeon reuniting with Lee Yeon Hee? Let us know your thoughts in the comments below.