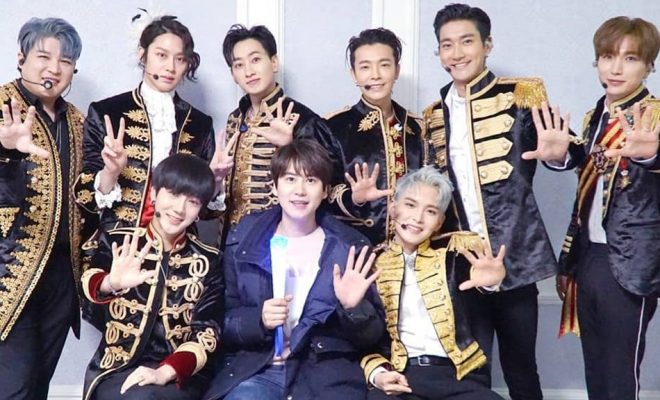 Super Junior ‘Show’ you ‘Somebody New’ in special MVs

Ahead of their upcoming 9th album return, Super Junior has dropped some special MVs. Check it out below!

The first MV is for the song ‘Show‘. This track features behind the footage scenes of their ‘Super Show‘. This song is so upbeat and full of life. It is the kind of song that gives it that nostalgic vibe, especially during the time when all the members are finally back together as one. To those who recognise the song, it is a remake of an old song by Kim Wonjun that goes by the same name. This song will be released as part of their upcoming album.

The next track is called ‘Something New‘. This video is so cute to watch as the members showcase their charms throughout the video. Because of the quality of the video, it looks like an old memory video, making it so nostalgic to watch. The song itself is so soft and nice to listen to. It allows them to showcase the beauty of their voices as they sing with such ease.

Overall, it leaves us more excited for their upcoming return! They will return on October 14th. What do you think of the songs they have released so far? Let us know in the comments below!

Tracey Luu
← Previous Story Bray asks Sohlhee to watch a ‘Movie On Weekend’!
Next Story → Fin.K.L has finally made their return in 14 years with ‘Like The Song That Remains’