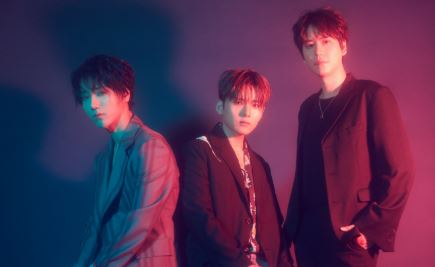 Super Junior-K.R.Y brings their all to ‘When We Were Us’ MV teaser

Yes, that is right! Super Junior-K.R.Y is preparing for their upcoming return. They have dropped their teasers. So, check it out below!

They have revealed their unit teasers. They have gone for a comfy yet chill look that really helps highlight their beauty. This kind of look definitely fits them well. It also works well with the name of this concept ‘Pure‘.

The next concept is known as their ‘Cool‘ version. This version gives us a sleek look of the members. This look also goes so well with each of them. The lighting helps enhance their facial expression and one can’t help but admire their looks!

They have also revealed the tracklist. There is a total of six tracks including ‘When We Were Us‘, ‘Way To Busan‘, ‘The Way Back To You‘, ‘I Can’t‘, ‘Home‘ and ‘Midnight Story‘.

Like their uni teasers, we have their individual teasers grouped up depending on the concept. Once again, we see this innocent and pure side of the members. This look definitely highlights the beauty of summer as the natural light brings out the best in them. Whereas for the ‘Cool‘ version, we see a much more charismatic side of them. Especially since it is taken during the night, it allows them to look much cooler.

They have also revealed the highlight medley. Once again, they stun as with their vocals. They definitely leave up to the fans’ expectation. They are bringing their all and thus showing the best sides of their vocals. The songs that are part of this album are full of beautiful ballads that highlight their soothing vocals. There are also tracks that put you in a good mood and want to move along to. It is definitely the album that one can relax to while listening.

They have also dropped a lyric ASMR teaser. This is where they read the lyrics for the fans while speaking in a low voice. It has that ASMR feeling while allowing us to feel the lyrics. It has quite a sentimental vibe. It is clear that they are teasing us for its official release on June 9th.

They have also released the first MV teaser. We get to hear this soothing melody that will go so well with each of their voice. This kind of vibe is what fans have expected from them and now we can’t wait for its full release. One will surely feel the chills as their vocals are added on top of this beautiful melody.

Meanwhile, they are set to make their hot return on June 8th. Are you excited? Let us know in the comments below!