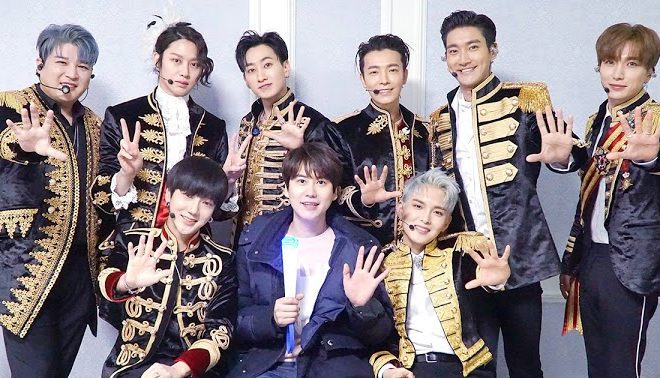 Yes, that is right! Super Junior is definitely making their hot return soon! They have revealed many coming soon teasers, as well as their promotion calendar and logo. Check it out below!

In their coming soon teasers, there is all kind of fun eluding out of their image. In particular, the first image features someone wearing a pair of skates with all kind of party food scattered on the ground. It looks like a party to be at! The other images features sections of the members in different locations. It definitely looks like a comeback that fans should look forward to!

They have also dropped their promotion calendar for what fans can expect in September and October. This is in promotion of their upcoming 9th album. From the schedule, they will be doing a lot of episodes for their third season of ‘SJ Returns‘. However, on the calendar itself, there is a lot of questions marks that are surprises they have planned for the fans. So, stay excited for that!

On top of that, they have also dropped their official logo for this upcoming album. It also reveals the date they will be making their comeback. It is set for October 14th. Are you ready for this? Let us know in the comments below!