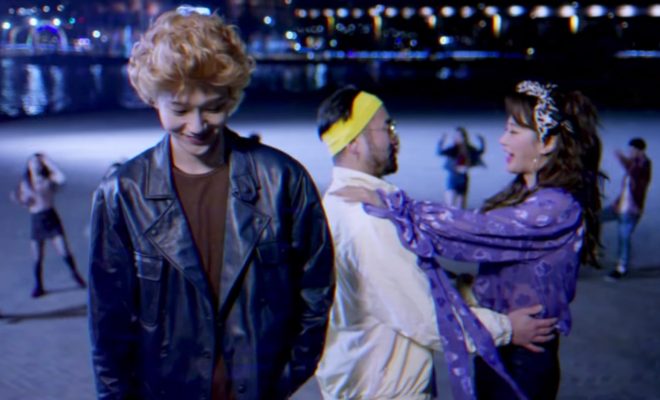 Super Junior have amused and delighted fans by releasing a very special MV for their cover of Luis Miguel‘s ‘Ahora Te Puedes Marchar‘.

The song ‘Ahora Te Puedes Marchar’, was released by legendary Mexican music icon Luis Miguel in 1987. His version was a cover of the original song by Dusty Springfield ‘I Only Want to be With You‘, which was released in 1964.

Super Junior’s cover of his track was included in the group’s October 2018 mini album ‘One More Time’, which also featured the song ‘Otra Vez’.

The hilarious MV is a parody of Luis Miguel‘s original clip. The members of Super Junior all wear blonde wigs – which is funny enough, but they team it with 80’s choreography and 80’s fashion. It will have you laughing out loud!

Girls’ Generation member Yuri is featured as the female lead in the music video.

What do you think of Super Junior‘s MV for ‘Ahora Te Puedes Marchar‘? They’ve released a few songs with a definite Spanish flavour lately, are you fan of the sound? Let us know your thoughts in the comments below.

Narelle
← Previous Story TXT preview tracks from ‘The Dream Chapter: STAR’
Next Story → NCT127 were full of announcements this week!