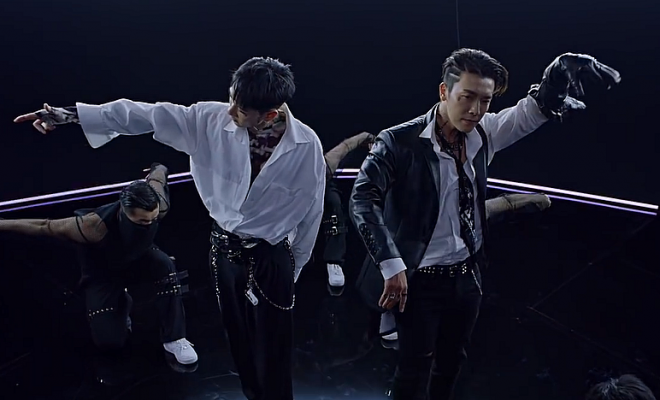 Super Junior D&E are making their first Korean comeback in about a year with the release of their third mini-album ‘Danger‘, and a title track of the same name.

The mini-album ‘Danger‘ is set to be released online on April 14, with the offline version following a day later on April 15. However, before that on April 12, a pre-release MV for ‘Gloomy‘ will be released.

The title track ‘Danger‘ is reported to be a mixture of trap, hip-hop and electronic dance which the pair will combine with an eye-catching performance. Member Donghae participated in composing and writing the lyrics for the song.

In the MV teaser that has been released, the track sounds like it’s going to be loud and brash. We’re liking the darker sexier side of Donghae and Eunhyuk.

Super Junior’s D&E will be pre-releasing the MV for ‘Gloomy’ on April 12 before they release their third mini-album ‘Danger‘ online on April 14, along with the title track MV. The full album release will be on April 15.