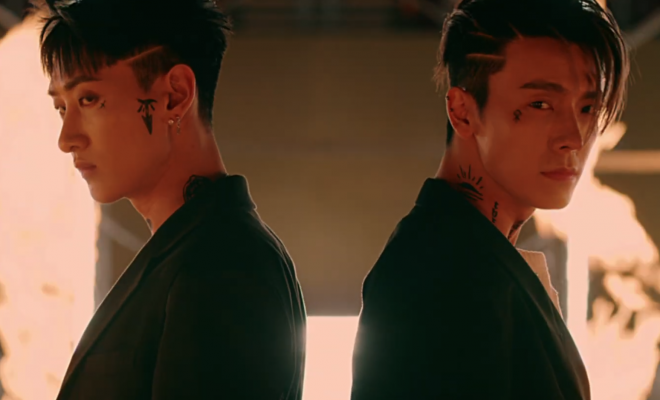 Super Junior D&E have continued to drop intense and interesting teasers and clips in the lead-up to their first Korean comeback with the release of their third mini-album ‘Danger‘, and a title track of the same name.

The mini-album ‘Danger‘ is set to be released online later today, April 14, with the offline version following a day later on April 15. However, the pre-release MV for ‘Gloomy‘ has already been dropped.

‘Gloomy‘ was written and composed by Donghae and J-DUB. It is a medium tempo R&B-trap genre track.

The accompanying music video was directed by their fellow Super Junior member Shindong. The clip is an intense slice of life that shows the pair as violent thieves who ultimately pay the price for their crimes.

Earlier the pair had released a second music video teaser for the title track ‘Danger‘.

Much like the first teaser clip, the second clip gives us a glimpse of the powerful choreography and the undoubtedly intense concept that we have seen running through all the teasers.

For the highlight medley, the duo adopted a unique Instagram Stories-theme.

A total of seven songs will be included on the album. They are: ‘Danger‘, ‘Jungle’, ‘Gloomy’, ‘Watch Out’, ‘Dreamer‘, and Korean versions of originally Japanese tracks ‘Sunrise‘ and ‘If You‘.

Super Junior’s D&E will be releasing their third mini-album ‘Danger‘ online later today on April 14, along with the title track MV. The full album release will be on April 15.