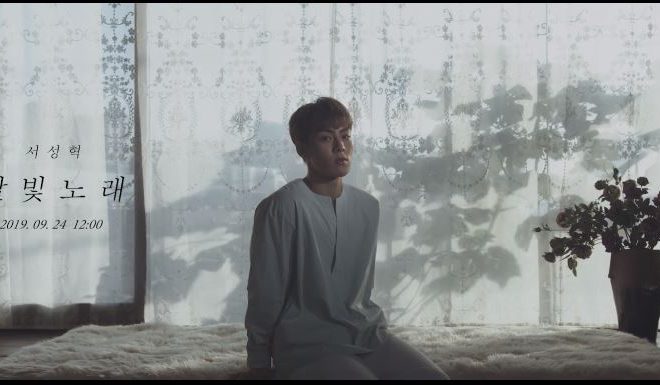 Yes, that is right! Former RAINZ‘ Sunghyuk is finally ready to make his solo debut! This will be his first solo single, as well as his first release under Think About Entertainment. He has dropped the first teasers. So, check it out below!

The first image is introducing us to the title of the single, as well as what we can expect from this debut. From the image, it is quite dark and mysterious. Something about the image is quite sentimental. However, it is still unknown what it could be about!

He has also dropped the MV teaser. In this teaser, we get to hear this intense piano melody that just goes so well with his tone of voice. It is deep and so strong in emotions. It definitely will bring chills down our spine if we were to listen to the full song! It definitely gets us more excited!

Meanwhile, he will make his solo debut on September 24th. What do you think of the song so far? Let us know int he comments below!