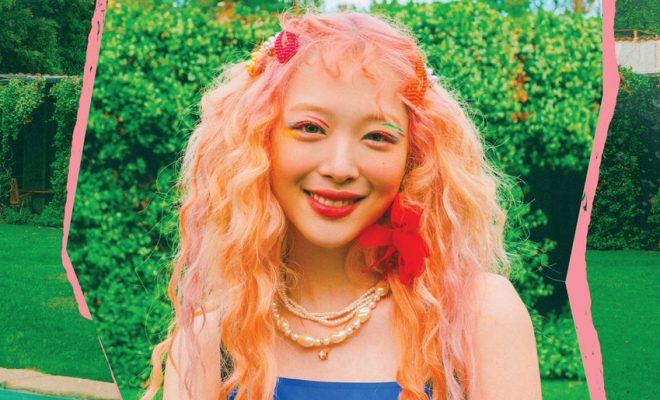 Sulli prepares for her solo debut with first teaser

Yes, that is right! Having announced that Sulli will be making her solo debut, SM Entertainment has released more details. So, check it out below!

So, it was revealed that for her debut single, ‘Goblin‘, she will be releasing a total of three tracks. She will also be holding a special stage called ‘Peaches Go!blin‘ to celebrate this release! The image itself is full of colour, bringing out her unique self. It definitely is a concept that go well with her!

Meanwhile, she is set to make her hot debut on June 29th. Are you ready? Let us know in the comments below!