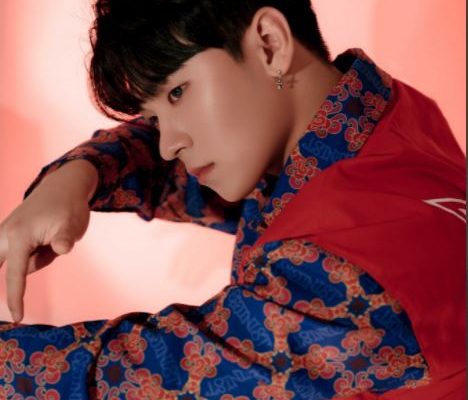 Suhwan wants to be the ‘New Hero’ in new teasers

Suhwan continues to reveal teasers for his upcoming return with ‘New Hero‘. Check it out below!

In his third teaser, we see him having an internal crisis as he is seen in deep thought at night. He is leaning against the wall while staring ahead of him. The blue tone used definitely help enhance this vibe that he is going for.

His next image teaser seems to reveal a bit of the dance choreography. The way he has his fingers walking up his hand may be hinting at what we can expect from him. We can’t wait to see whether it is part of the choreography or not.

His new image teaser is a front shot of him with a bright light shining on him. The light contrasts nicely with the overall blue tone of the image, allowing us to appreciate the contrast and the beauty of the image.

He has also dropped the album preview. ‘New Hero‘ has such a funky beat that we could all groove along to. From this snippet, it definitely gets us excited for the full release.

He has also released another audio teaser that gives us a listen to another section of the song. However, this time, it is much shorter, leaving us wanting more!

His latest image teasers give us three different vibes. The images are similar to the concepts we have previously seen. This time, though, it is of a different angle, pose and look. It definitely showcases how diverse he can be and how he is able to make different facial expressions.

He has also dropped the MV teaser. It showcases a bit of the dance choreography, as well as beauty shots that feature him singing along to the song. The melody itself definitely has that funky and upbeat melody that we are all excited about.

Meanwhile, he will make his hot return on October 18th. What do you think of the song so far? Let us know in the comments below!