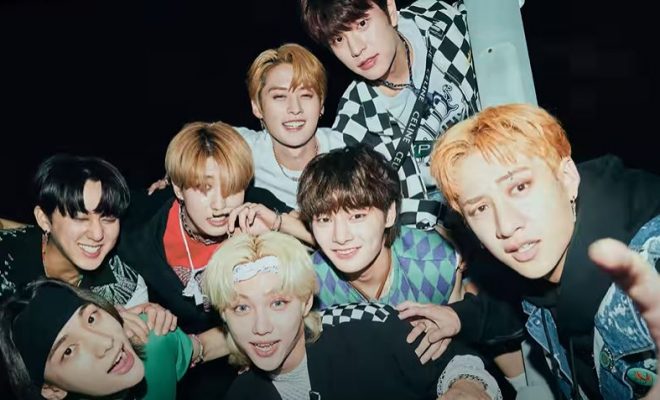 Stray Kids wants you to say ‘Cheese’ in latest MV

Stray Kids are definitely spoiling their fans with all these different MV releases. They have dropped ‘Cheese‘, as well as their unit tracks including ‘Red Lights‘, ‘Surfin’‘ and ‘Gone Away’. They have also dropped a cute SKZOO performance video for ‘Thunderous‘. So, check it all out below!

As many knows, ‘Cheese‘ is a song that hits back at the haters who have something to say about their songs. It is quite a fun song that showcases each member’s rap side. The lyrics are also quite witty and surely showcases how much fun they had while writing them. It is clear that they don’t care what people say; they just love what they do. The video itself really showcases the creative side, showcasing the different styles and sets. It surely is quite interesting to watch and enjoy.

They have released ‘Red Lights‘, which feature Bang Chan and Hyunjin. This song brings out the anxiety and obsession that is represented by the chains that are featured throughout the video. The duo did an amazing job in conveying the message, through their facial expressions and the way they conduct themselves throughout the video. They surely nailed the concept, leaving us all in awe by the end of it. The song itself is quite different from what they have put out, showcasing their diversity in music.

‘Surfin’‘ is the next track to have an MV. This song features Lee Know, Changbin and Felix. It is a song that is refreshing and full of life. It is the kind of song that is perfect for summer. The video itself definitely brings out the best of that summer vibe. It is also quite clear just how much fun they had while filming this. It surely helps enhance this overall concept that they are going for. This song is also quite different from ‘Red Lights‘, giving us a range of songs to listen to.

The final unit track to be revealed is ‘Gone Away‘. This song features Han, Seungmin and I.N. This song falls under the ballad genre, allowing us to appreciate the best of their vocals. We can’t help but get touched by the way they are singing. It is surely quite emotional to listen to. To fit with the mood of the song, we also get a heart-wrenching video where we see the members going through a one-sided love, which many of us can relate to. Their acting is spot on, enhancing just how sad it is to go through this feeling that they are expressing through the video.

Finally, the video we all have been waiting for since the teaser they have dropped. They have finally revealed the SKZOO version of the performance video for ‘Thunderous‘. We see the members wearing outfits that fit with the animal they represent. It is quite fun to watch, seeing them suppress their laughter while dancing in these outfits. By the end of it, we can see just how chaotic they can be especially with I.N losing his mask and Felix losing his shoe.

Meanwhile, be sure to check all the MVs above. Which one caught your attention? Let us know in the comments below!