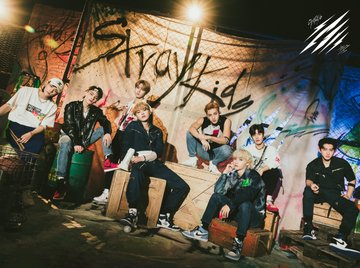 Stray Kids finally gives us details on their upcoming Japanese return. Check it out below!

It is revealed that they will be returning with their second Japanese single. The single is called ‘Scars‘, which is fitting to the previous countdown teasers that were dropped. In their latest group teasers, they continue to bring that fierce vibe as they stare down the camera. We also see lots of scratches and scars that fits in nicely with the name of this album. We can’t wait to see what kind of song they will release this time around.

They have also revealed individual teasers. Every member is seen looking quite serious and stern as they pose with the cut up fence. This goes nicely with their bad boy vibe. We also get to admire their outfits that fit in nicely with the colour scheme in the background. With this fierce look, we are excited to hear this track.

They have also revealed the performance teaser for their Japanese version of ‘Thunderous‘. For this performance teaser, we see two distinct locations where they have filmed this. The main section appears to be a set that is filled with pipes that enhance this fierce vibe they are going for.

Meanwhile, they are set to make their hot Japanese return on October 13th. Are you excited? Let us know in the comments below!