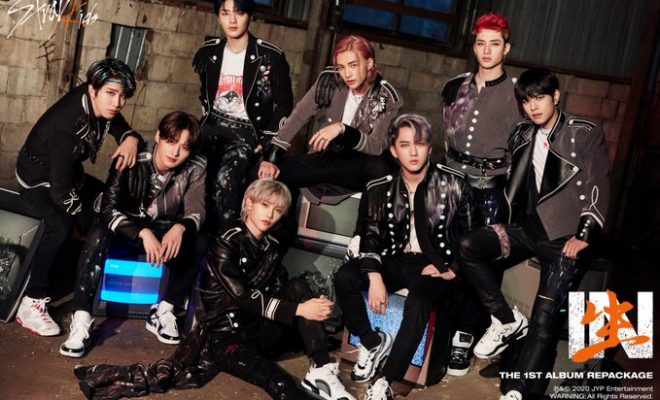 Stray Kids has revealed more teasers for their ‘In Life‘ comeback. Check it out below!

They have revealed the rest of their second concept teasers. Like the other members, they are seen looking quite fierce and charismatic in this dark setting. They definitely know how to capture our attention with the overall beauty. Unlike their first concept, they are seen wearing much more rigid outfits, giving it that soldier look. It is definitely a look that enhance this intense look they are going for.

They have also revealed the unveil video teaser for their subunit songs, ‘We Go‘, ‘Wow‘ and ‘My Universe‘. These tracks have actually been previously revealed in their concerts. So, fans are definitely excited that they will finally release it officially in this album.

They have revealed the audio teaser for ‘Ex‘. In this video, we hear the sound of nature as the members are seen bouncing up and down. Slowly the beautiful melody comes in, giving us a sense of comfort and relaxation. It already sounds quite soothing and one can’t help but fall into the melody.

The next unveil teaser is for the track, ‘B Me‘. From the video, many believes that it will be a continuation of the storyline we have seen for ‘On Track‘. The track itself is quite upbeat and quite emotional to listen to. One definitely get chills while listening to how intense it is. One can’t wait to hear more of it.

The latest teaser is for ‘Back Door‘. Like the previous comeback teasers, we get this fun opening video teaser, which introduces us to the concept they will be going for this comeback. From the video, it looks like each member has a fighting ability/technique as we get introduced to each member. This content definitely draws fans in!

Unlike what we have seen before, they have dropped a unique highlight medley. It is a mashup of all the tracks that are in this album and make it into an entirely new song. It is clear how much they have put into giving us the best.

Meanwhile, they will make their hot return on September 14th. Are you excited? Let us know in the comments below!