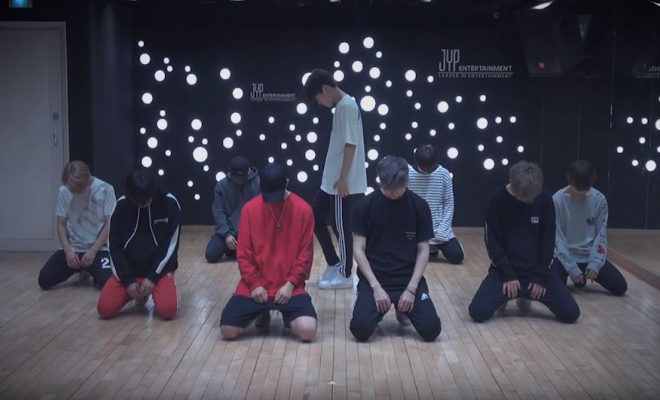 As many knows, Stray Kids had made their hottest return with ‘Miroh‘. What makes this comeback quite significant for Stray Kids is the fact that it marks their 1st anniversary since their debut with ‘District 9‘. To celebrate this special day, they have released quite a special dance practice. They have also revealed the fan chant for ‘Miroh‘. So, check it out below!

Yes, that is right! They have revealed their first dance practice for ‘Hellevator‘. To whose who know them well, you can definitely pick up that this is only a demo track. The voices that are singing and rapping are the ones who have produced this song, meaning that Han, Chan and Changbin have done it all. Furthermore, the dance moves they have shown here are not all included in their final version of ‘Hellevator‘. It makes it quite touching to see how far they have come.

They have also revealed the fan chant for ‘Miroh‘. They are as energetic as ever and puts their all into the chants. It looks like every time they return, they are giving fans much harder chants to do. Nevertheless, fans definitely enjoying singing along to it as well as attempting in rapping just as fast as the members.

Meanwhile, we can’t wait to see what else Stray Kids have prepared in their weekly programs. What did you think of ‘Miroh‘? Let us know in the comments below!