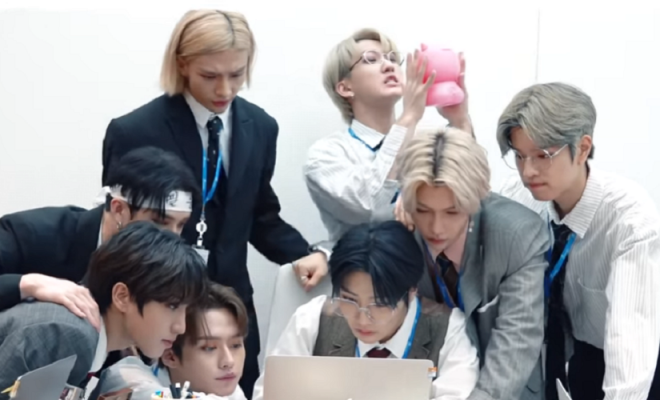 Stray Kids has surprised fans with special videos in celebration of fans’ 2nd anniversary. They have dropped a special MV for ‘Haven‘ and the street version of ‘Airplane‘. Check it out below!

For those who follow Stray Kids‘ VLive broadcast would know that they have filmed the street version in the JYP Entertainment building on their own. They thought up the idea and filmed every section of it. However, at that time, it was not placed altogether in one video so fans creatively did it themselves. Now, we finally get the edited version, which is done by member Seungmin. Once again, we get to enjoy the members having fun while filming this video. We also know the effort they have put into making this an enjoyable video to watch.

In their ‘Haven‘ video, we see the members acting as office workers as they all are on their own Macbooks. Some members can be seen focusing on their screen while others are just playing around with the surrounding props. We also get to see member Hyunjin filming sections of this video. Following this office scene, we also get to see them march around in the corridors while having the time of their lives. It is definitely a way to celebrate this special day!

So, be sure to check out the videos above. Did you enjoy it? Let us know in the comments below!