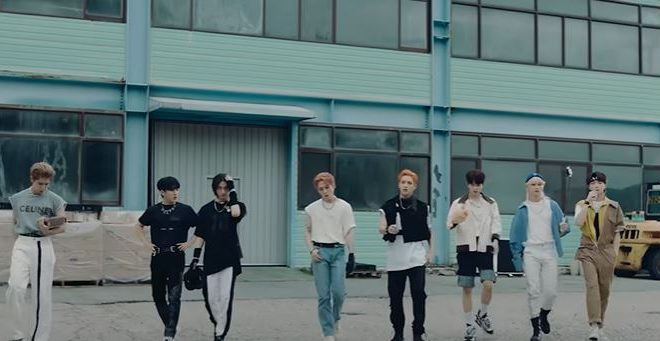 Stray Kids builds up a storm in ‘NOEASY’ trailer

Stray Kids are definitely here to spoil the fans! We are getting so much content from them that the sudden release of their comeback trailer is unexpected. Nevertheless, check out the ‘NOEASY‘ trailer below!

This video definitely falls under their more comedic side rather than their serious side. They definitely know how to incorporate elements that leave us either in giggles or in recognition. Throughout the video, there are many inside jokes that fans are able to pick up on. There are parallel scenes that correlate to their past MVs including ‘Easy‘ and ‘Miroh‘. There is also the sudden appearance of Felix’s brownies that Han is eating in the video, as well as the sparkling nature of Hyunjin. It is a well-put-together video that is enjoyable to watch. It also builds up the hype for what’s to come.

The video also alludes to ‘NOEASY‘, which may sound like ‘NOISY‘. This may be the name of their upcoming album or the name of their title track. Meanwhile, they are set to return on August 23rd. Are you excited for their return? Let us know in the comments below!